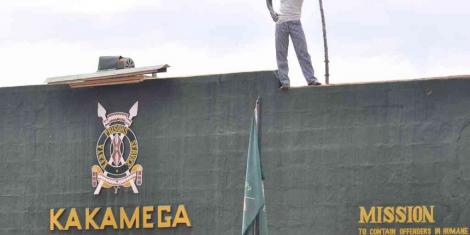 The government has conducted a massive reshuffle at the Prisons department that has affected 133 senior officers linked to a litany of scandalous payments that have rocked the security wing.

While announcing the far-reaching measure aimed at tightening expenditure at the Prison department, Commissioner General Wycliffe Ogalo said that all handing over and reporting to the new stations of posting will be concluded by August, 23, 1019.

The move was recommended by the office of the State Department for Correctional Services Principal Secretary Zainab Abdalla.

Here is the list of some of top notorious officers affected in the shake-up:

Dianga has been moved from Kamiti Maximum security Prison in Nairobi to Kisumu while Makori, Hassan and Mwandau have been posted to Kakamega Main Prison, Meru Main Prison and Kwale Main Prison respectively.