Team thrown out of hotel

by The Sparrow
in Sports, News
2 min read
0
143
VIEWS
Share on FacebookShare on TwitterWhatsapp 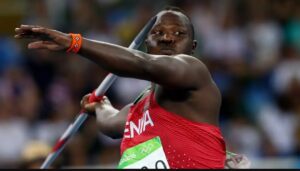 In a terse Facebook post the Olympic silver medalist and African and Commonwealth Javelin champion Julius Yego complained about the mistreatment of Kenyan sportsmen and women who are representing Kenya in Africa Games in Morocco.

‘Sometimes we get mad of representing our beloved country Kenya ! This is the state for us at st Luke’s hotel. This is athletics and women volleyball teams to All Africa games later this month in Morocco, he have been chased away from the rooms coz the hotel haven’t been paid for accommodation and food! What really when wrong with management of sports! Lack of morals.’ Yego posted

The athletes and the women’s volleyball team were thrown out of their hotel rooms at the St. Luke’s Hotel along Thika Road over non-payment of accommodation bills.

The person who was to pay the bill promised to do so today by when the hotel management called him, his phone was off thus necessitating the hotel to throw the athletes out.

‘It is such a shame that our sports people to be treated this way, Yego said

According to a local media station, when reached for comment, Charles Nyaberi, who is the Chief Executive Officer of Team Kenya for the games said;

“I have heard of the same and as we speak I am heading there to know what the issue is. I will give an update once I get to understand everything,” Nyaberi told Capital Sports.

This is the latest in the case of a government that treats its sports people with a lot fo lack of respect, coming hot on the heels of the national basketball team literally begging for help for their allowances to be paid at the FIBA Afrobasket in Dakar, Senegal.

The basketball ladies released a video appealing for their allowances to be paid.

Just last month, the volleyball team faced similar tribulations of feeling like a forgotten lot at the African Championship in Egypt while the men’s and women’s hockey teams had to travel at the 11 th hour for their Olympic qualifiers in South Africa after the government delayed in releasing cash for tickets. 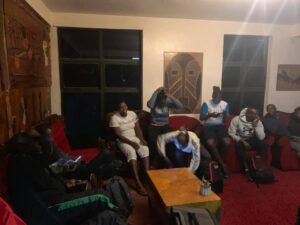 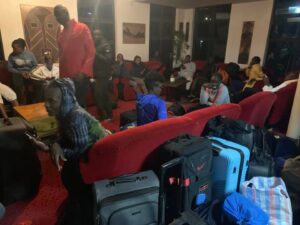 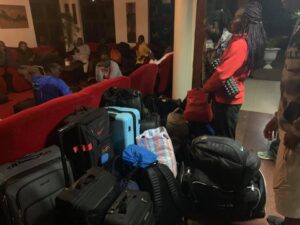