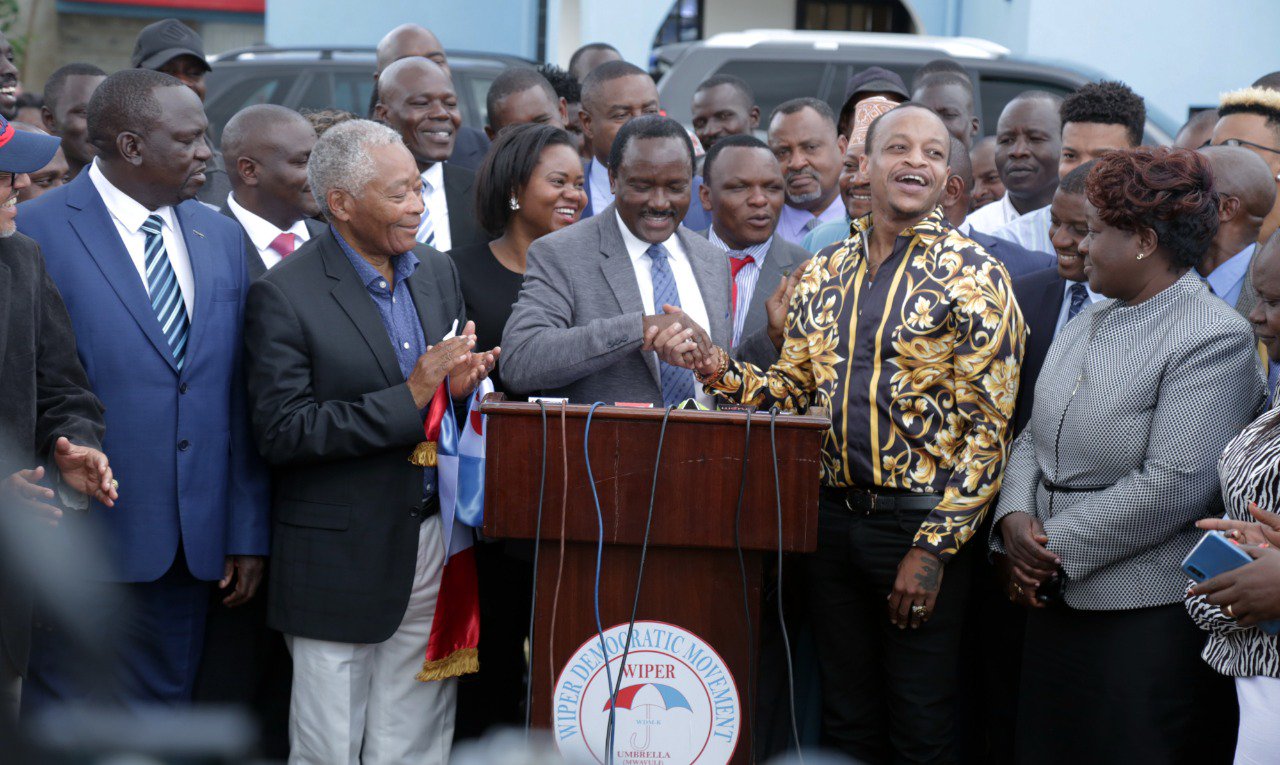 Kalonzo Musyoka’s led Wiper Democratic Movement-Kenya has made changes on Prezzo’s Kibra parlimentary bid saying that he will vie in 2022 and not in the incoming Kibra by-election as earlier announced.

This announcement comes hour after its official Twitter account made a tweet suggesting that he had been unveiled as the party’s candidate in the upcoming by-election.

In a statement sent to newsrooms later today,Wiper clarified that their account was hacked and they won’t be fielding any candidate in the by-election.

“Our attention has been drawn to reports that the Wiper Democratic Movement-Kenya will be fielding Jackson Ngechu Makini,aka CMB Prezzo, as its candidate for the Kibra Constituency by-election.The true position is that the WDM-K is not fielding any candidate in the by-election.In the meantime,the WDM-K has launched investigations into possible hacking of its twitter handle,” read the statement

Through it’s leader, Kalonzo Musyoka confirmed that CMB Prezzo intends to vie in Kibra Constituency in the 2022 General Elections.

Prezzo intends to vie in Kibra Constituency in the 2022 General Elections. pic.twitter.com/P9oSyHKybZ