The Jubilee candidate for Kibra, Macdonald Mariga, on Friday, officially started his campaign ahead of the slated by-election.

Photos showed that Mariga opted to go for the door-to-door strategy in a bid to win the hearts of the residents.

The former Inter midfielder was seen making stopovers at various markets and interacting with some of the citizens. 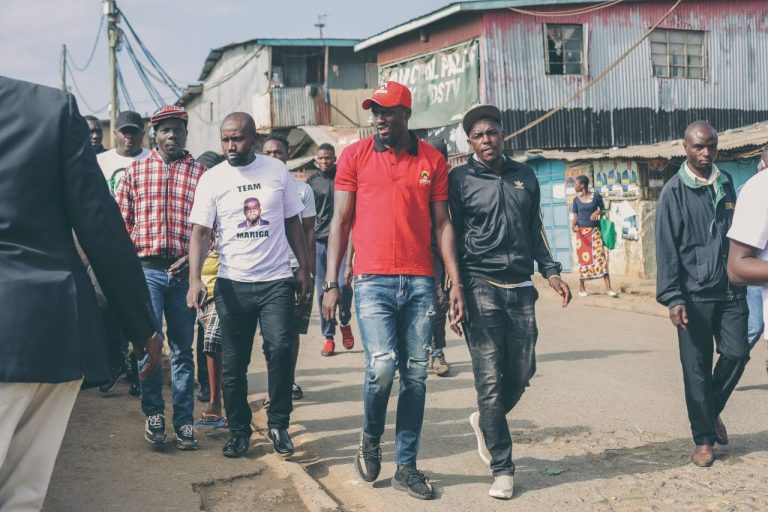 The footballer, who clinched the ruling party’s ticket for the area, was accompanied by a group of young people as he sought votes to take the position left vacant by the late Ken Okoth. The ex-Parma player was, on Wednesday, fully endorsed by President Uhuru Kenyatta at State House, who wished him victory in his bid. 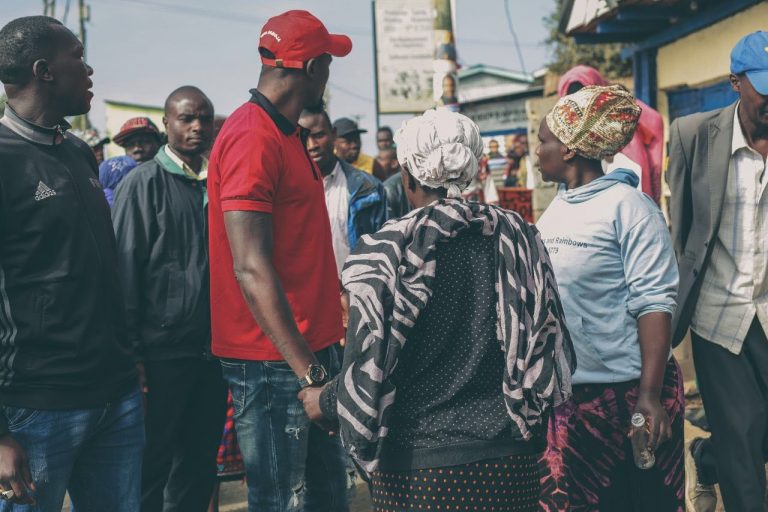 The move by Uhuru came after it was reported that he would not campaign for Mariga as he was focused on more important issues.

Mariga had faced numerous obstacles after declaring that he would vie for the seat, with the biggest challenge being denied the opportunity to compete for the seat by IEBC Kibra Returning Officer, Beatrice Muli.

Muli indicated that the once Harambee Stars captain’s details were missing from the voters’ register. The verdict was, however, been overturned on Monday by the Independent Electoral and Boundaries Commission’s Disputes Resolution Committee after they certified that the footballer’s details on his voter registration slip matched with those on the Biometrics Registration Kits.

The Jubilee is set to face off with among others, ODM’s candidate Imran Okoth, ANC candidate Eliud Owalo on November 7.

Drama In Homa County As Thugs Breaks Into A Cuban Doctor’s House To Steal Prepared a Meal after.