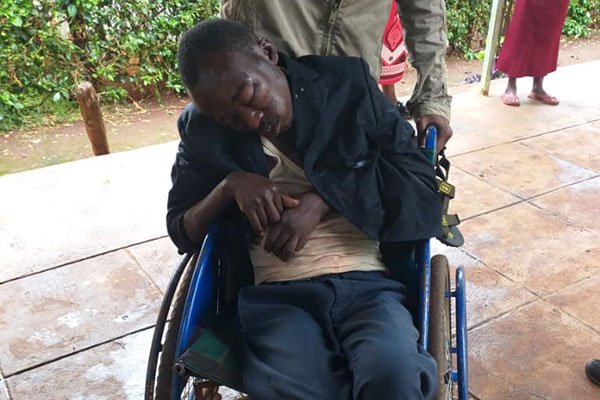 Four residents from Siakago have been admitted to Embu Referral Hospital with serious head, leg and hand injuries after they were allegedly assaulted by rogue officers.

The residents were brutally attacked by police for allegedly being out at odd hours.

“The officers are brutally beating up the residents in the streets of Siakogo town and bars at night while accusing them of being out at the wrong hours. This is unacceptable and disciplinary action should be taken against them,” he said.

He accused the police of breaking the law for beating up residents who fail to buy them alcohol.

“Some residents are being terrorized when they refuse to buy beer for the police officers. The officers are breaking the law they are supposed to enforce; they have become criminals. I condemn the attacks on my constituents in the strongest terms possible,” he added.

However area police boss Kivinda Kilonzo refuted the claims saying only one of the residents was attacked by a policeman, and the matter is being investigated.

“I only know of one case of assault which took place at the police canteen and we are not taking the matter lightly. The other three assault cases have not been reported to us, if at all they happened. Any other person who may have been assaulted should report to us and we shall take appropriate action,” said Mr Kilonzo.