Kenya Bureau of Standards has banned several maize flour brands that don’t meet the threshold of healthy food given that ugali is a staple food in Kenya.

KEBS has established that certain maize meals doing supplies in the country are poisonous supplying higher than standardized aflatoxin in the market.

Following continued market surveillance as well as multiple public reports, @KEBS_ke has noted that some brands of maize meal products (Unga wa Ugali) offered for sale do not meet the requirements of Kenya Standards.
We, therefore, wish to inform the public that: pic.twitter.com/Qc7JfLBFxS 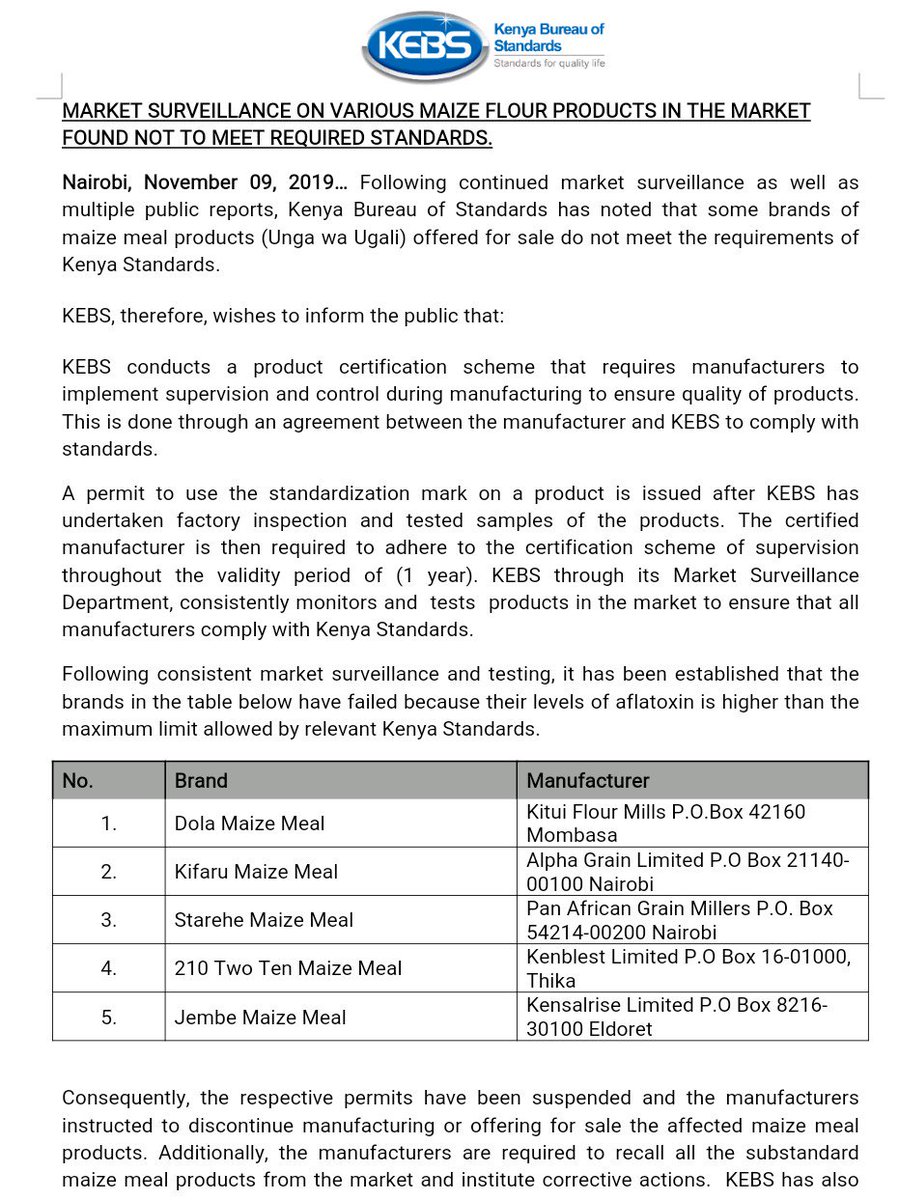 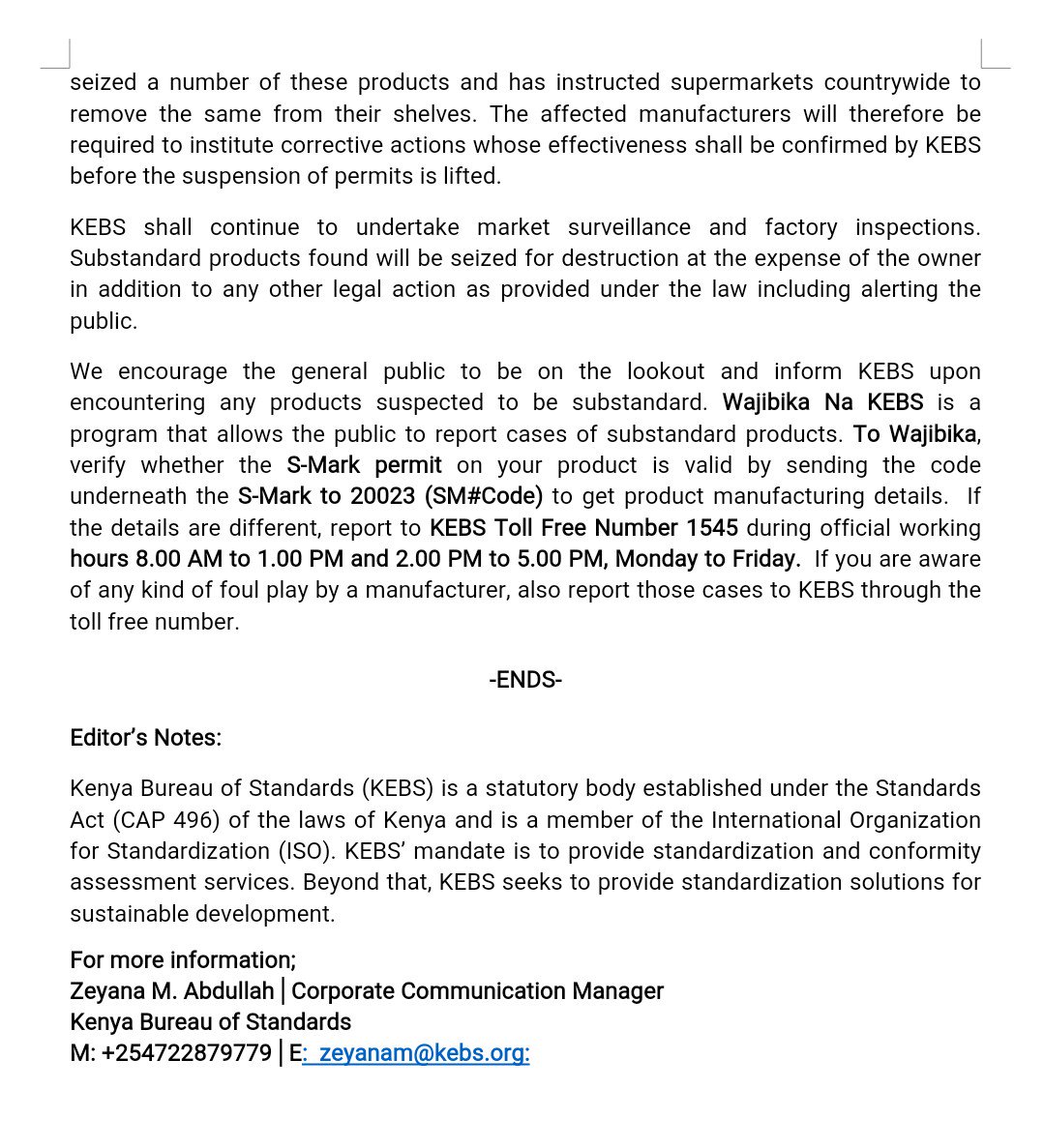 Video:Car Rams into a Lorry on Lang’ata Road