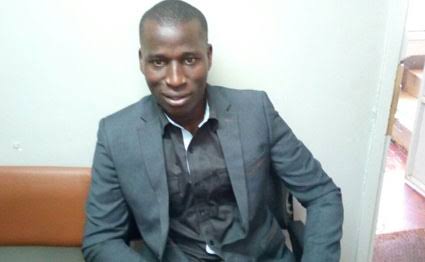 Vocal blogger Cyprian Nyakundi has been released from police custody.

Nyakundi, who was arrested on Monday after an extortion attempt, posted on social media about the events that transpired leading up to his release.

“I was finally released on a free bond yesterday after my lawyer Cliff Ombeta protested the sting operation that was led by one of Akasha brothers son aimed at planting money and media on the scene in order to set me up,” the blogger posted.

He went on to deny reports that he has seen on various media reports, further divulging details of the alleged set up.

“Let me confirm that I have not made any deal for out of court settlement as reported by standard, don’t believe the media says. Everything DCI and media are reporting is controlled by Tinta Akasha, the lead investigator in the Sting operation.

“Yesterday, Tinta Akasha went to Westgate [Mall] and demanded for CCTV footage but they refused to give him,” the blogger narrated.

Initially, reporters had suggested that the alleged Sh17.5 million extortion claim had to do with Victoria Bank.

He was arrested along with one Emmanuel Nyamweya Ongera, whose release is yet to be confirmed.