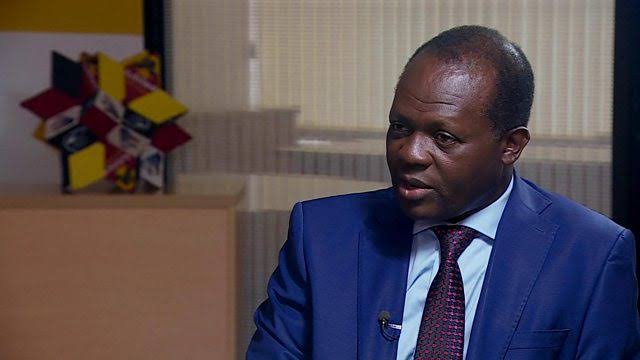 Jubilee Party Secretary-General Raphael Tuju is under fire after he released a statement dismissing Naivasha meeting held by leaders allied to Tanga Tanga political faction that is allied to Deputy President William Ruto.

Various leaders who were a party to the meeting came out to castigate the Cabinet Secretary, on a need basis, for the move labelling him a traitor.

Led by Nandi Senator Samson Cherargei, Tuju was accused of colliding with the opposition in a bid to sabotage the ruling party.

“Tuju is pushing an ODM narrative & he is in bed with enemies & merchants who want to kill jubilee. they fear that jubilee has become a formidable political party with a national outlook. I didn’t know being a CS without a portfolio is this idle,” tweeted the Senator.

Statehouse Digital Secretary Dennis Itumbi, who is an ardent supporter of DP Ruto, also tore into the SG saying his response was unnecessary given that it was unofficial matter.

“That is why I asked is Tuju reacting to my personal tweets or to the group in Naivasha. To me, 170 MPs is really unofficial PG. But the MPs in Naivasha had a statement that was not attributed to a PG. SG of a party should only react to official stuff, in my view,” tweeted Itumbi.

Soy MP Caleb Kositany also waded into the matter and tweeted: “A PG meeting of like-minded members of Parliament majority from Jubilee. Someone tell Tuju to relax.”

The Naivasha meeting was held by MPs and Senators allied to DP Ruto in their bid to chart their way forward on the BBI course.

The leaders despite having said they will attend every meeting organized by their competitors in the name of BBI resolved to organize parallel rallies beginning with Nakuru on 8th February.

Their first rally is set to happen at a time when the ODM party leader Raila Odinga and his allies are planning to hold a BBI rally in Kitui County on the same day.

According to Tuju, the resolution by the leaders is not the true position of the Jubilee Party.