by Kenyan Bulletin
in News
Reading Time: 2 mins read
0
Share on FacebookShare on TwitterWhatsapp
Video trending as Patrick Ayoyi Ajunga sex tape from Vihiga who is alleged to have defiled minor hit the Internet on Sunday.
According to his neighbours, Patrick Ayoyi wife had travelled to meet her friends in a Chama at Amalemba.
Patrick Ayoyi deleted his Facebook account and forgot Twitter. From details on his TL, he is from Sabatia Vihiga and works in Kericho. The ‘young girl’ in the video is a daughter to his wife’s sister.

The leaked Patrick Ayoyi Video has been going round while others monetized it.

The Man works at Kericho books and wholesalers as an accountant.

According to the neighbours, The girl is said to be born in the early 2000s. The majority of social media claim that from the face and her body, she looked minor. The lady looked young than the said age.

It is not yet clear whether the girl in question was underage or not, but incest charges could be preferred against the man.

She was working as a maid in Kakamega after finishing high school in 2018. She spent the better part of 2019 in Kakamega working before her bosses travelled. That made her stay in his Aunties’ house in Kericho as she looks for another opportunity. 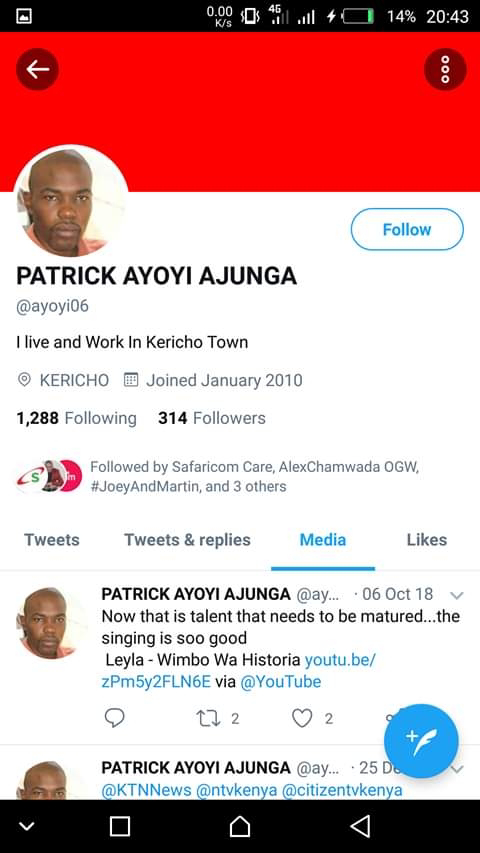