From H5N1 Bird Flu to COVID-19, Was China Ready And Aware?

China was without doubt prepared to shake the world and all signs started when a  highly pathogenic strain of the H5N1 bird flu was first been reported in China’s Hunan province by Chinese officials.  Reuters were the first ones to report this 2 months ago.

The outbreak was reported on a farm in the city of Shaoyang in the Hunan province, according to China’s Ministry of Agriculture and Rural Affairs. Of the 7,850 chickens on the farm where the outbreak occurred, 4,500 died of the H5N1 avian flu, Reuters reported.

The Chinese government said it culled 17,828 chickens as a result of the H5N1 outbreak, per Reuters. Per the United States Geological Survey, the bird flu is deemed “high pathogenic” based on its ability to kill birds.

The USGS noted, however, that most strains of the bird flu are not highly pathogenic and cause few signs of disease in infected wild birds.

“However, in poultry, some low-pathogenic strains can mutate into highly pathogenic avian influenza strains that cause a contagious and severe illness among poultry and sometimes wild birds, and often death,” the USGS added.

According to the World Health Organization, while H5N1 can be transmitted to humans, typically through contact with dead birds or a contaminated environment, it is rare in humans. The Chinese government said that Corona Virus that has literally torn apart the world originated from animals market in Wuhan City! Was that the testing ground of this now global man-made pandemic?

Was the birds flu really contained? And How was it combated in less than a week, varnished a bit then Corona Virus was all over Wuhan City and now everywhere in the world?

“The virus does not infect humans easily, and spread from person to person appears to be unusual. There is no evidence that the disease can be spread to people through properly prepared and thoroughly cooked food.” The mortality rate in humans is 60%, the WHO added.

The news comes as the Wuhan coronavirus, which is believed to have originated from a bat in the Hubei province, which is North of Hunan, continues to spread throughout the globe and has caused a Total worldwide 6,512 human deaths and infected around 169,086 people in almost 146 Countries/ regions affected.

The Centers for Disease Control and Prevention (CDC) announced Monday that one of their employees has contracted coronavirus.

The first to test positive for COVID-19 from the agency, the CDC said the individual is in good condition and is isolated to prevent the spread of infection to others. Although CDC headquarters are in Atlanta, Georgia it is unclear where the infected employee is located.

“This individual was not involved in the COVID-19 response, has not been present in the CDC workplace since March 6, and was asymptomatic at that time,” the CDC said in a statement.

There are 4,200 confirmed cases of COVID-19, the official name for the virus, in the United States, and 81 deaths, numbers which no doubt are far from their peak.

But the leading global economic power has only one million hospital beds, which works out to 2.8 beds per 1,000 inhabitants — far less than other countries that have been severely affected by the pandemic (12.3 beds in South Korea, 4.3 in China, 3.2 in Italy), according to numbers from the OECD.

As for intensive care unit (ICU) beds, there are fewer than 100,000 beds, the vast majority of which are already occupied, according to the American Hospital Association (AHA).

The Health Department estimated that the US would need at least 200,000 ICU beds for a moderate crisis and up to 2.9 million for an acute one, since about five percent of COVID-19 patients require intensive care hospitalization.

The US Corona Virus Nightmare

Intensive patients also often require ventilators to help them breath, but the US has only 160,000 such machines, another vastly insufficient number.

Kericho Governor Paul Chepkwony has confirmed a suspected case of Coronavirus infection in his county. Governor Chepkwony reported that a 47-year-old, Indian man who displayed suspected symptoms of the deadly infection had been put in isolation at Londiani Sub-county Hospital.

The governor further stated that samples had been collected from the man to be tested in Nairobi before he is confirmed to have the disease. 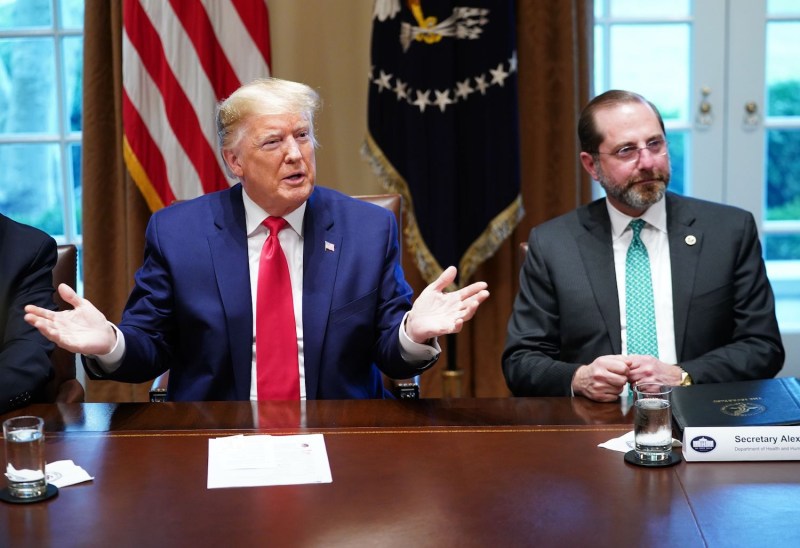 Amid a national lock-down, desperate patients, anger at a cover-up, an economic crisis, and a virus breaking beyond its own borders, the Chinese government’s priorities were clear: It was time to publish a glossy book on how wonderful Beijing’s handling of the virus has been. A book that blamed the US President Donald Trump for the wide spread of COVID-19.