Governor Lonyangapuo Responds To His Leaked Nude Photos And Sexts?

Is the Professor of Applied Mathematics silently responding to viral leaked Whats App messages and now-his nude photos that have gone viral on social media?

Governor, from the Chats, happens to be in a relationship with a married lady, is seen in the leaked conversations saying how he misses the lady who even promises to bare him a baby boy.

“On second thought, this screenshot is fake. Someone used Prof Lonyang’apuo’s number to save another number in their contacts list. WhatsApp’s unsaved numbers begin with country codes. If it were him, his number should’ve started with +254 700 and not 0700.” One social media posted!

Kenyan Bulletin understands and can authoritatively state that numbers saved in the phonebook without names appear in WhatsApp without country code. 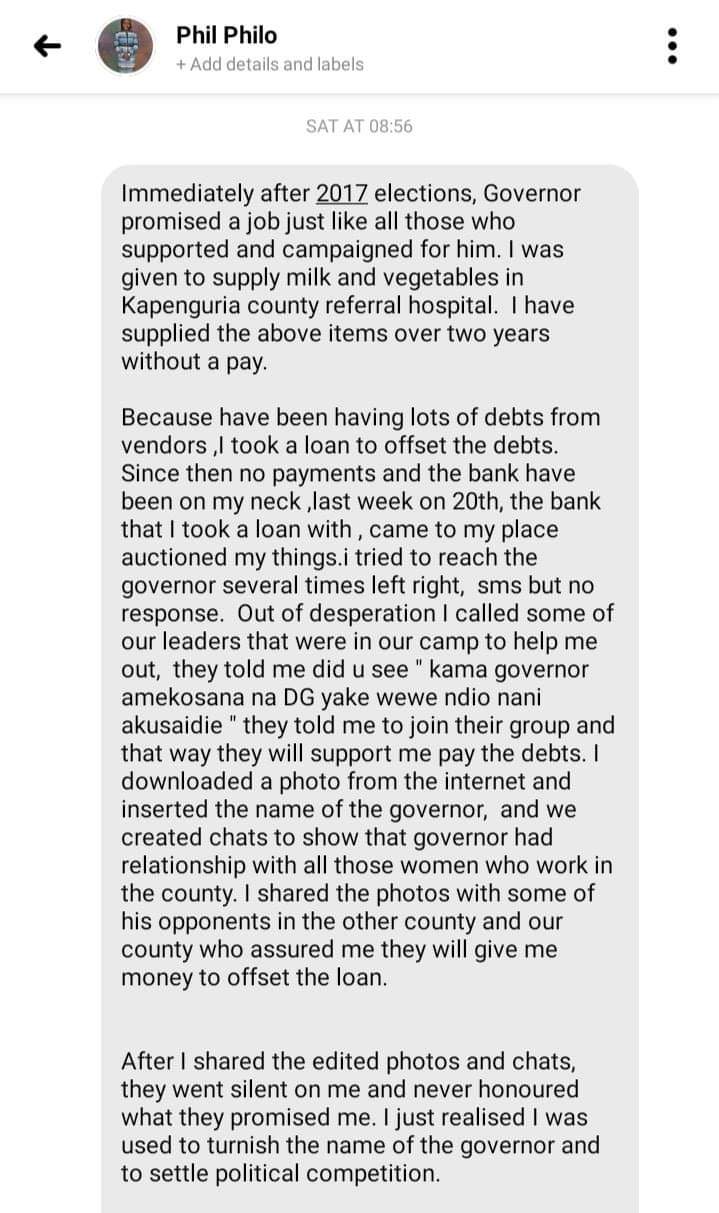 Lonyangapou’s fiasco is real meticulous love and his response is just making the whole story worse, nastier than politics. How can one supply a government for 2 good years without pay? This is not NYS!!

If this is what to go with, where are the original photos that were edited? Google reverse image search is not backing this response.

Also, which bank went to this guy on the 20th and auctioned his property the same day when activities had been scaled down? Where is the Banks’ notice? Who are the auctioneers? 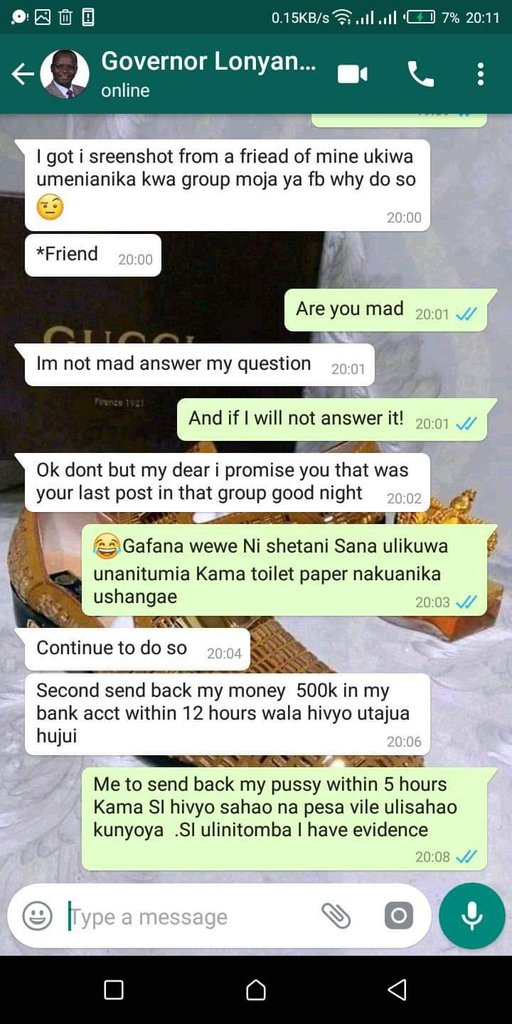 Which 500K is in question here? Which bank account is this and why would it, should it, be refunded? Did he use county funds to foot bills or his clande? Someone’s wife?

If H. E Prof. Longanyapuo is a victim of bad politics and he stands by his response that these are created chats by his critics, He needs to seek help from DCI. As it stands, he should learn to pay his old debts to avoid such propagandas.