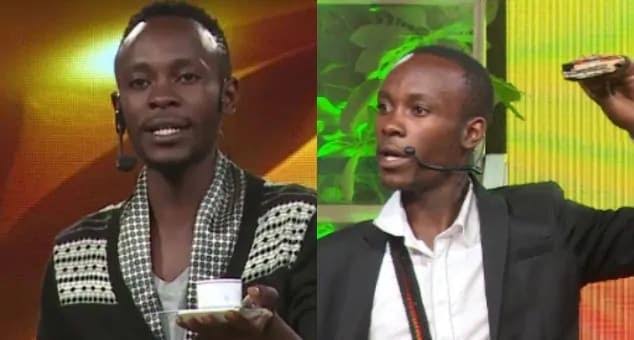 Online sources indicate that the funny man was struggling with alcoholism.

He had apparently quit alcohol but relapsed in the recent past.

It has been said that Kasee left home to join his friends for drinks but never returned.

The cause of death is yet to be established but speculations are rife that he could have had a contaminated drink.

He said, “A really sad way to end the week..it is a bitter pill to swallow but then we cannot question God’s plans.My deepest condolences to the family & friends of Kasee..May your hearts find peace from the almighty.

Kasee is survived by a wife and two children.

He, just like the deceased, was struggling with an undisclosed addiction that saw him get into rehab at some point.

“It with deep regrets that Laugh Industry announces the death of one popular comedian who graced our program on TV the Churchill Show in its early years, James Anthony Njenga AKA _Njenga Mswahili,_ was found dead on rail tracks this morning after being hit by a train, it is not clear under which circumstances this fate befell him, but police are been involved,” read a statement by Laugh Industry.

“It must be acknowledged that he has not been well and as an entity we have been involved in his well being by taking him to rehabilitation programme for some time together with family and friends.”