Senators in catfight paraded to apologise

The ODM Party leader who is also UN’s special envoy Raila Odinga has picked to side with Bungoma Governor Wycliffe Wangamati in a petition to eject him.

This writer is aware that RAO or as many Netizens would rather call him ‘senior political sanitiser’ had a meeting with Bungoma MCAs.

Following the summon in mid-June 2020 by the ODM Party leader Raila Odinga to talk to  Bungoma MCAs into submission and therefore swear unwavering support for Wangamati, 7 out of the 9 MCAs agreed to the Party leader’s directive while 2 MCAs declined.

According to the two MCAs, they were not willing since their conscience could not allow them to blindly support Bungoma Governor Wycliffe Wangamati of FORD KENYA saying they know him and his deeds better.

In the meeting, RAO informed the MCAs that Wangamati had indicated that he’ll join ODM come 2022 and therefore had asked for an advance favor; Protection from Wetangula.

Upon arrival in the mid June arranged meeting, the MCAs said that they were given ‘instructions’ to work with Wangamati regardless of what they believe in.

Baba indicated that Wangamati had shown interest in contesting for the gubernatorial seat on an ODM ticket come 2020.

What came out clear was baba did not seem to be forcing them but was requesting them to HIGHLY consider doing so.

…of importance is the Committee that Majimbo chairs, the committee that is in charge of Wangamati’s petition… ODM wants a Wangamati sycophant in charge

Hon Majimbo informed RAO that he doesn’t support Wangamati not because he hates him but because he presides over a corrupt regime, he is a bully, derails the assembly’s programs and ODMs support of him will not deliver a seat even if he contests on ODM.

“He is tainted” Majimbo is said to have told baba 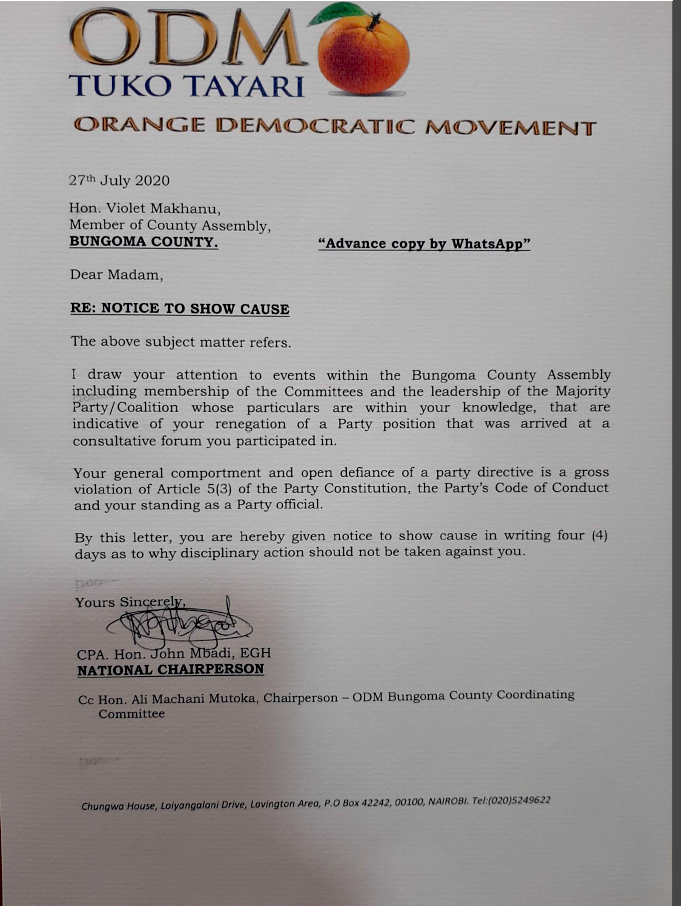 On 14th July 2020 both leaders received NOTICE TO SHOW CAUSE asking them to defend their decisions not to support Wangamati. This was after they took part in elbowing pro-Wangamati MCAs in the assembly leadership. A notice Majimbo responded to on 20th July 2020. 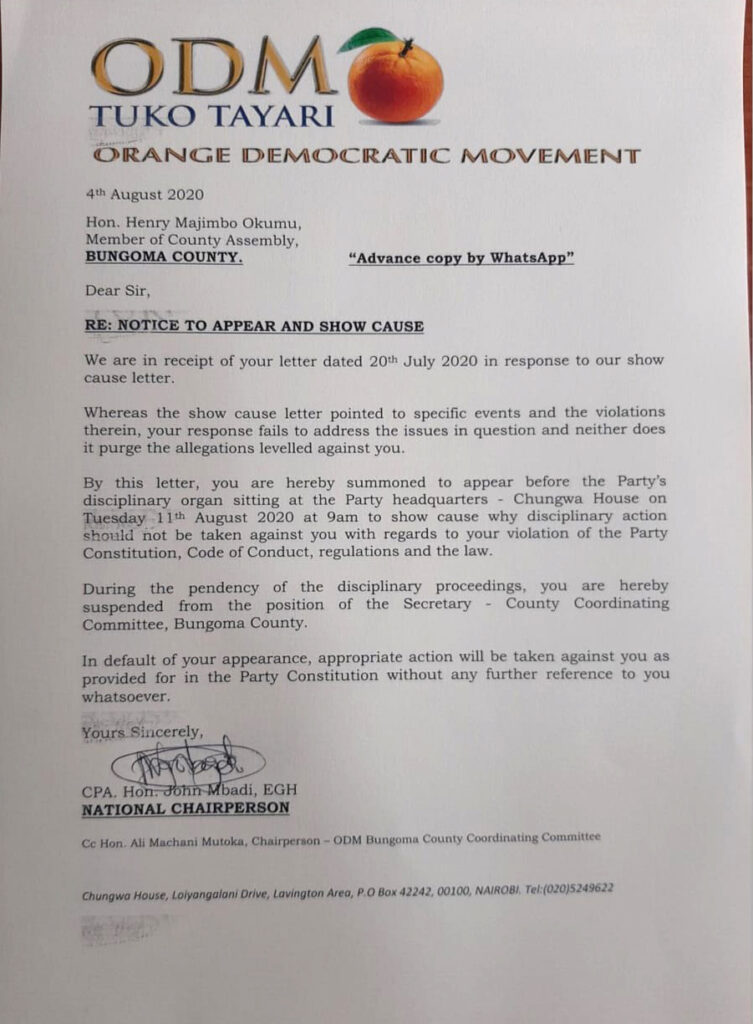 Majimbo Okumu is the leader of the SUMMIT, an outfit comprising Bungoma MCAs from different parties who successfully supported changes that ousted pro-Wangamati MCAs from assembly leadership 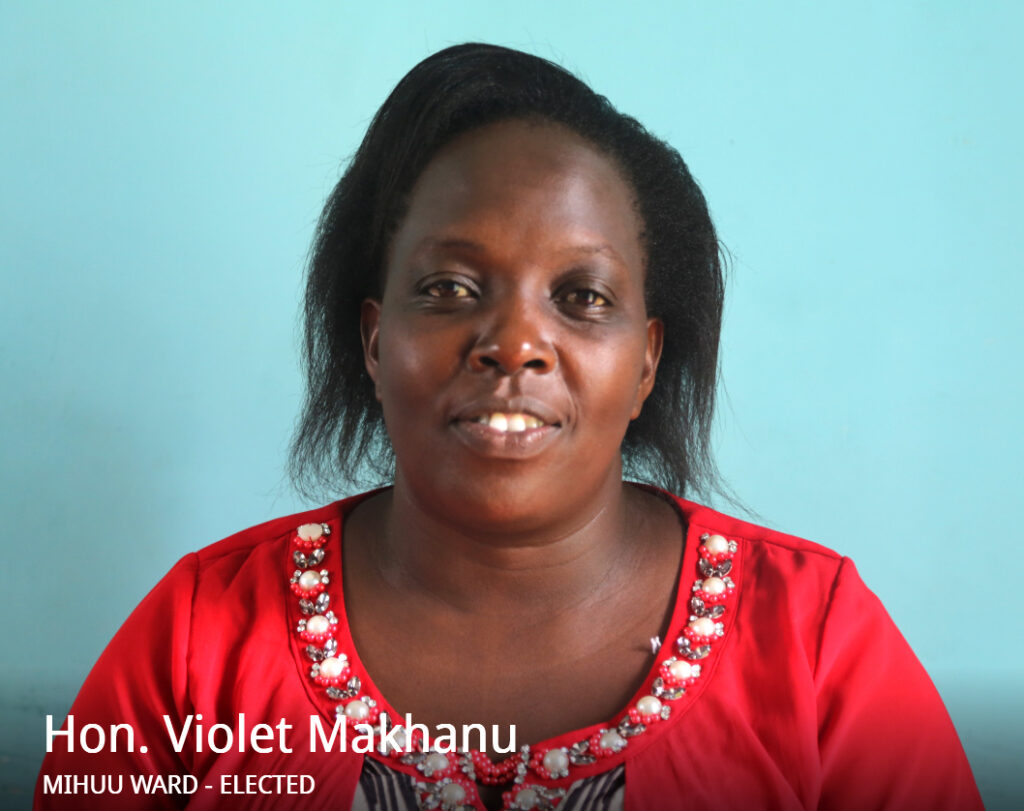 Violet Makhanu has literary grown to be an enemy of Wangamati to the point of Wangamati threatening to teach her a political lesson following her refusal to bootlick him.

Wangamati has thrown everything at her just to scare her, the latest being the ongoing County govt. sponsored recall petition against her. She has stood her ground which has earned her more admiration from her voters and Bungoma populace at large

Kenyan Bulletin has been informed that the 2 leaders have now been summoned to appear before the ODMs disciplinary organ at ORANGE HOUSE on Tuesday, August 11, 2020… 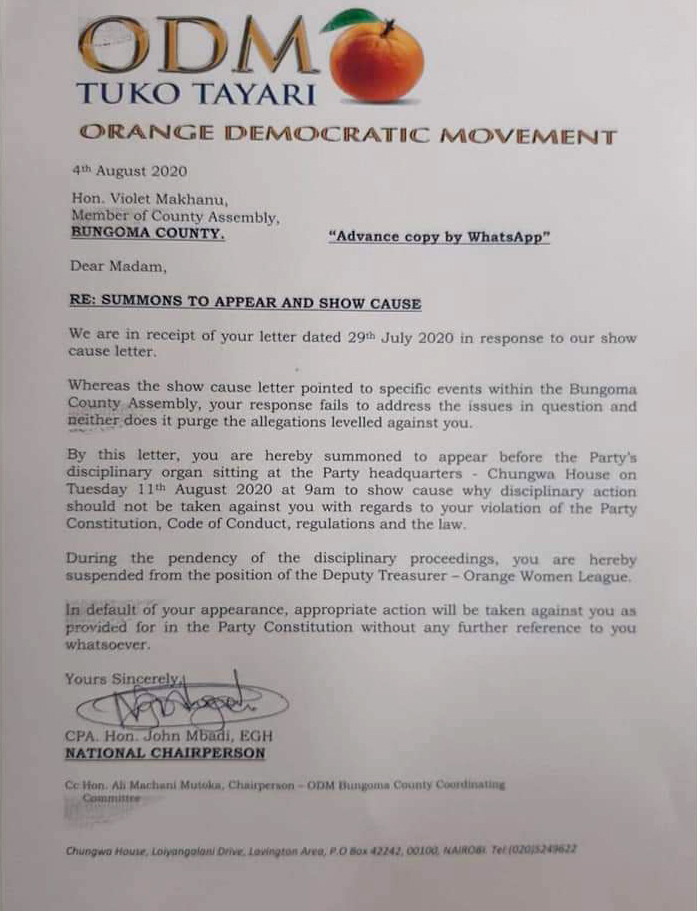 The MCAs intend to honor the summons to defend their stand despite the fact that ODM party wants to replace the two from assembly committees just to weaken the summit.

Of importance is the Committee that Majimbo chairs, the committee that is in charge of Governo Wangamati’s removal petition.

Senators in catfight paraded to apologise

Mariam still on the quest to represent the people of Msambweni