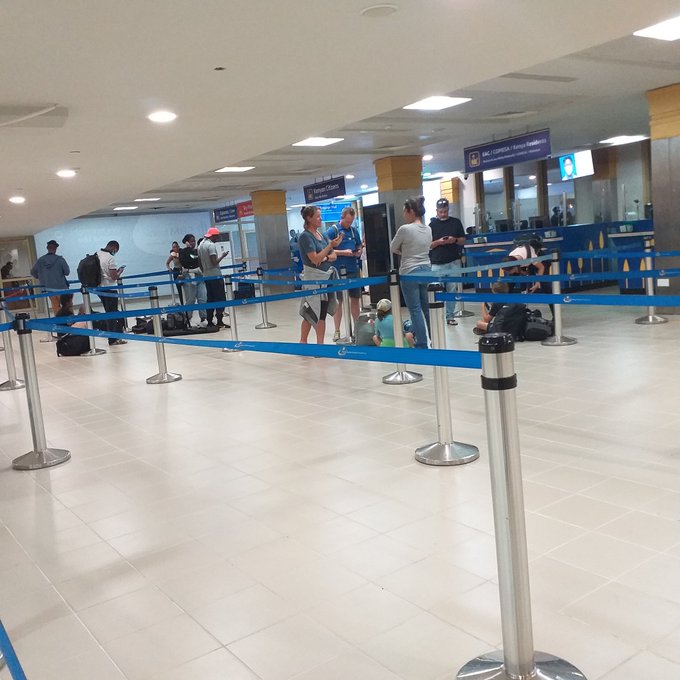 The Assets Recovery Agency (ARA) is seeking court orders to freeze over Sh100 million seized from a Nigerian at the Jomo Kenyatta International Airport while heading to Dubai.

ARA said his failure to disclose that he was carrying such a huge amount of money and produce documents supporting the legitimacy of the cash raised suspicion of money laundering.

Section 12 (1) of the Proceeds of Crime and Anti-Money Laundering Act requires a person to declare any amount above $10,000 (approximately over Sh1 million).

The Act gives the agency powers to obtain a court order seizing money within five days, where there is reasonable grounds to believe that it is illicit money.

“The threshold for requiring the declaration was not complied as the respondent did not disclose the source of the cash, the business he was doing and the basis of moving with cash of that magnitude,” Fedrick Musyoki, a police investigator attached to ARA, said in an affidavit.

“There are reasonable grounds to suspect the funds found in possession of the respondents in cash may be a direct or indirect benefit or proceeds of crime obtained from a complex money laundering scheme and are liable to be forfeited to the state under the Proceeds of Crime and Anti-Money Laundering Act, 2009.”

When asked why he was carrying such a huge amount, Mr Bala allegedly said he was heading to Dubai for business.

But the agency said there are banks in Nigeria and Dubai that allow a customer to transfer money within the two countries.

Mr Bala allegedly he had no proof of declaration of being in possession of the bulky cash from Nigeria or documentation to support the source, purpose or movement of the cash.

The money was handed to Kenya Airways for safe keeping.

The agency wants the court to order Kenya Airways CEO Allan Kilavuka to hand the money to ARA, pending conclusion of investigations.

The agency says the Nigerian had disembarked from Kenya Airways flight KQ535 from Lagos, Nigeria and was intercepted at the transit lounges, heading to catch flight KQ310 to Dubai.

ARA filed an application before a magistrate at JKIA but the ruling had yet to be delivered, forcing the agency to rush to the High Court.

“That there are no court orders currently preserving the assets in issue and there is imminent danger the respondents shall dispose, transfer and dissipate the said assets unless the court issues preservation orders as prayed,” said Stephen Githinji, a State counsel.

The agency wants to be allowed to hold the money, pending conclusion of investigations and possible application for forfeiture to the State.

Dubai, a global financial centre popular with the well-to-do shoppers and gold dealers, is also is a major trading hub.

It has also been seen to attract illicit money.

In June, police in Dubai arrested 12 Nigerian scammers living in the UAE and seized more than $40 million in cash and hard disks containing the addresses of nearly two million victims, in six raids.

The Nigerians were accused of impersonating legitimate employees of various US companies in “business email compromise” schemes and tricking the recipients into wiring millions of dollars into their own accounts. Other than the $40 million in cash, police recovered 13 luxury cars worth $6.8 million, 21 computers and 47 smartphones.