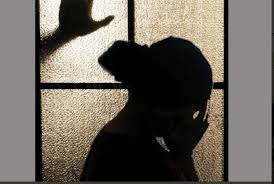 A police officer attached to the General Service Unit (GSU) Recce Company in Ruiru was on Thursday arrested in connection for alleged defilement.

In a report filed at Juja police station under OB number 67/28/4/2021 the officer Anthony Munuve defiled a 15-year-old minor who has a Rwandese origin.

Munuve had on April 24, 2021 organised a party at his house located within the Recce company lines in Ruiru when the incident happened.

“She had accompanied her friend Daiz Neri and they were enjoying every moment with other five people until the incident happened,” the report read in part.

The minor told the police that she lives within Makongeni estate, Thika with Neri.

According to the juvenile, at around 3am on April 28, 2020- the officer lured her out of the house and into a motor vehicle where he drove the vehicle to Titanic dam area and forcefully removed her clothes before defiling her.

Munuve then returned the minor back to the camp but the minor went ahead and reported the matter at Juja police station.

The minor was then taken to Gachororo hospital where she was examined and treated.

It remains unclear how the minor managed to access the camp where the party was being held without being noticed.

The News Brief: Why schools may not open in May