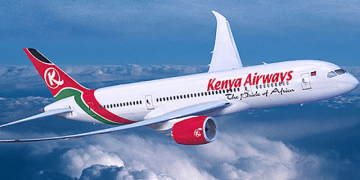 Kenya Airways (KQ) has signed a two-year codeshare agreement with Congo Airways, a move that seeks to create additional connectivity to the two airlines’ networks.

The agreement now enables KQ customers to access Kinshasa directly from Nairobi as well as ply Africa and international routes jointly. The deal will also see the two airlines partner in areas of mutual interest, including aircraft maintenance, training and sharing of excess capacity.

A codeshare agreement is a business arrangement in which airlines publish and market the same flight under their own airline designator and flight number (the “airline flight code”) as part of their published timetable or schedule.

Congo Airways is the state-owned flag carrier airline of DRC (the Democratic Republic of the Congo). It started operations on 20th October 2015, using two Airbus A320 aircraft acquired from Alitalia. The company serves Congolese destinations from its base at N’djili Airport in Kinshasa. However, it has plans to increase its fleet and serve regional and international markets.