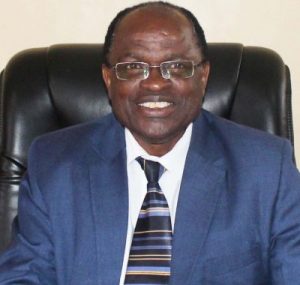 The outgoing Rongo University vice chancellor Samwel Gudu is back on the spotlight following allegations of nepotism and misappropriation of funds at the institution. Sources told Weekly Citizen that the VC has allegedly ensured that his relatives and friends land key positions in almost every department at the university. At the centre of the latest scandal is a gate at the institution, which according to our sources, was dubiously procured with an intention to create kickbacks. It is said that the gate in question cost millions of shillings but in reality it does not reflect the amount. Gudu has also been accused of misusing funds from donors. When contacted, he appeared to acknowledge the allegations but asked for an hour before he could table his side of the story regarding the allegations.

However, after an hour he did not pick our phone calls despite several attempts to reach him. This is not the first time the troubled university is caught up in situations that amount to poor leadership and misuse of funds. In 2019, Auditor-General Edward Ouko raised a red flag over misappropriation of millions of shillings as captured in his report tabled in parliament. In the damning report, Ouko said the university’s budget and expenditure did not tally. He pointed out that the sum of purchase of assets, development expenses and retention of fees paid which was Sh160 million differed with the addition of Sh189 million resulting in unexplained difference of a whopping Sh28 million. Ouko found out that the net cash flow from operating activities indicated as Sh10.5 million differed with the amount of Sh21 million which was provided in the financial statement. He further went ahead to state that the financial statement indicated that students debts as at June 2016 totaled Sh200 million, however, the analysis of the debtors provided to support the amount had a credit balance of Sh28 million. 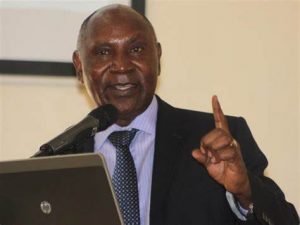 A provision of doubtful debts of Sh4.5 million was not supported by working based on the university’s debt policy as the ledger amounts also indicates that the students debtors as totaling to Sh131 million resulting in unexplained variance of Sh68 million. Consequently, Ouko argued that the accuracy of the student debts brought forward figures of Sh200 million could not be confirmed. At the same time, the university also failed to provide details on Sh5 millions caution money owed to students. The university was also unable to explain academic costing of Sh101 million as documents provided only indicated Sh89 million resulting in an unexplained variance of Sh12 million. However, in what seems to tally with fresh allegations over the misuse of donor funds, Ouko found out at that time that the university deposited a Sh7.4 million grant from Mcknight Foundation into its Rongo University PSSP KCB account instead of opening a new account. The institution that boasts of over 6,000 students attained its full status as a chartered university in 2016 after being under Moi University, Eldoret as a constituent college for close to four years.