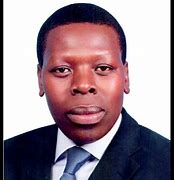 What William Ruto is capable of achieving in Uasin-Gishu, WestPokot, Elgeyo-Marakwet, Nandi, Kericho and Bomet counties, he is able to achieve in Trans-Nzoia as he navigates the waters towards his 2022 presidential dream. Ruto faces Trans-Nzoia county with all zeal and precaution having managed to make a mark in 2013 and 2017 polls but losing the governor’s seat consecutively to Ford-Kenya.

Aware of the confrontation he may he receive in Trans-Nzoia from Ford-K once again and Devolution cabinet secretary Eugene Wamalwa who is attempting to make a return to politics after a 10-year lull in the government, Ruto can ill-afford to lose the county’s 230,000 votes which will add to his presidential basket in 2022. According to the DP’s insiders, Trans-Nzoia is part of Ruto’s administrative enclave that carries the Kalenjin votes but critics aver that the county politically belongs to Western Kenya region that could be commanded by the One Kenya Alliance where Moses Wetang’ula and ANC leader Musalia Mudavadi are cobbling. The DP’s allies are also counting on the fact that the county being home to many communities, their man is poised to get considerable support and owing to wavering of CS Wamalwa who has yet to identify a political party he will advance his ambition back to active politics. 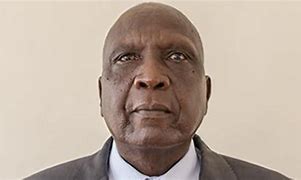 Those in the DP’s camp identified with the rebranded UDA party are also cashing on the lack of seriousness of ODM, ANC and Kanu party leaders in the county to market Raila Odinga, Mudavadi and Gideon Moi respectively and are almost assured of the DP having a lead over them especially for his frequent visits to the county. The DP in the past two years has been a frequent guest to the area with his interactions with the church and youths funds raisings and identifying himself with the inauguration of key government projects, a feat that has yet to be copied by the other party leaders. Both the heads of the Catholic church and ACK in Kitale, Bishops Maurice Crowley and Emmanuel Chemengich, have played host to the DP. 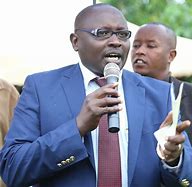 The AIC led by the ex-bishop Rev Silas Yego, vouches for the DP especially after they differed with the Moi family after the Baringo senator Gideon Moi failed to save the property of the retired prelate from being auctioned by Trans-National Bank over debts he owed the bank which has since been taken over by Nigerian investors. This is the same story for Stanley Tarus allied to Ford-K who says he is politically not in the same boat with the DP, he had the obligation to join him on matters of national development and interest. 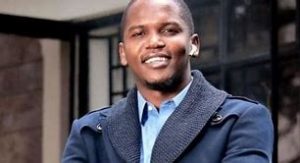 The DG is set to contest the proposed Cherang’any North parliamentary seat once the BBI is passed through the referendum. Of late, the DP has found a new weaver bird in the youthful Allan Chesang’ who together with the MP for Kapsaret Oscar Sudi are pushing for Ruto’s agenda in the county to add to the already existing list of the Endebess lawmaker Robert Pukose, Abraham Sing’oei, Kakai Bisau and the women rep Janet Nangabo who seem to be reviewing her stand with the DP. Chesang’ has become a darling for various youth and women groups. The DP will also rely on Mt Elgon MP Fred Kapondi and the Livestock principal secretary Harry Kimtai to ensure the Sabaot vote remain intact although the two have little command over the community living in TransNzoia.

The duo will be squaring out again for the umpteenth time for the Mt Elgon parliamentary seat in the forthcoming polls. The community seems divided over the stand between senator Mike Mbito with whom they do not see to eye with the DP after the Trans-Nzoia senator sided with Uhuru Kenyatta’s camp to vote out Ruto allies from the senate’s key parliamentary positions. Another prominent Sabaot politician former senator Henry ole Ndiema who vied for the seat on the Ford-K ticket, has kept his cards close to his chest but pundits say the former DC and director of Motor Vehicles Inspection could go the “Sabaot way for president but decide to stand with the majority and the wave of the day”. Perhaps this is why Chesang’ has taken advantage of the void to challenge the duo for the senate race and hope to rekindle and restore the confidence of the Sabaot community in the DP camp. 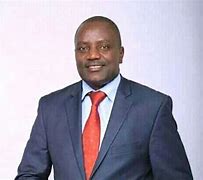 But both Mbito and ole Ndiema concur that the Sabaot community was not an island in the county adding that it has to reach a consensus with other tribes on the political destiny of the about one million residents of the area for a smooth co-existence. The same school of thought is bought by the Jubilee county chairman Richard Chesebe who incidentally is also vying for the senate seat. One thing, however, is clear for the DP’s men and women in the county: it will not be easy going for them as they have first to clear hurdles within their group and at the same time prepare adequately for their rivals. It has to be clear who between Bisau and Sing’oei will have the DP’s nod for the governor and who among Kipruto arap Kirwa, Julius Tunduria and former Cherang’any MP Wisely Korir will be gunning for the Cherangany seat with the Endebess seat remaining safe for Pukose and Allan Chesang’ having a soft landing spot for the senate. 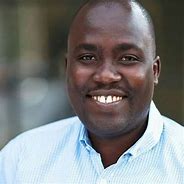 What is indisputable, however, is that Bisau perhaps with his third and last bid and Sing’oei will find their names on the gubernatorial ballot paper but offer to campaign for their boss for the presidency. The two work in the DP’s office and this time round the DP’s legal adviser is not prepared to be lured again as was the case in 2017 when he opted out of the Kwanza parliamentary race in consolidation with the Jubilee party’s support. The Gema group through their spokesman Kamau Muchori alias Mamboleo says their tribes which are in diaspora are set to go by the decision made from Mt Kenya and as church as things stand now they will rally behind Ruto. 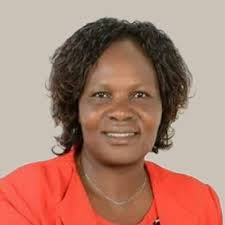 The stand is supported by the Kikuyu community who through the elders’ council chairman Boniface Ndura and the deputy speaker of the county assembly Stephen Njoroge say the community had resolved to rally behind the DP because of the need for co-existence within the expansive Rift Valley region. The elephant in the room, however, will be how to tame the Jubilee remnants from the Kalenjin and other small tribes who will not have moved with him to UDA led by the new Jubilee secretary-general Joshua Kuttuny have vowed to stand with Uhuru Kenyatta and the other like-minded alliances. 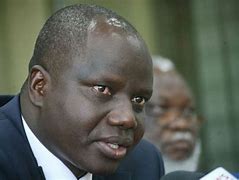 To this end, a UDA activist and a parliamentary aspirant in Cherangany John Njuguna says the DP should keep off the party’s grassroots polls once called to give the party popular officials to guide it towards the next year’s general elections. The home work still rests with Saboti, Kwanza and Kiminini parliamentary seats with the floating of several names including John Meng’wa, Rodgers Bokose, Wycliffe Cheptang’at, Jonas Kuko, Milka Psiwa and David Lazaro marked to settle scores with the incumbent Caleb Amisi in Saboti while the latter two seats remaining an open haven. 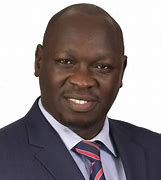 But for the Saboti seat, Psiwa working for the West Pokot county government and married to a man in Elgeyo-Markwet, she is seen as an alien and spoiler as Meng’wa, the CEC member for the Trans-Nzoia county department of water, shrugs off criticism from his rivals that he shifted his political base from Chepyuk in Mt Elgon, Bungoma county. The passing of the BBI Bill by the local county assembly when it was presumed it would be defeated in favour of the DP perhaps was an eye opener that all was not an easy walk in the park for Ruto who now has to devise a new strategy that vouch for more support for his presidential bid.

Number of Billionaires in Nairobi