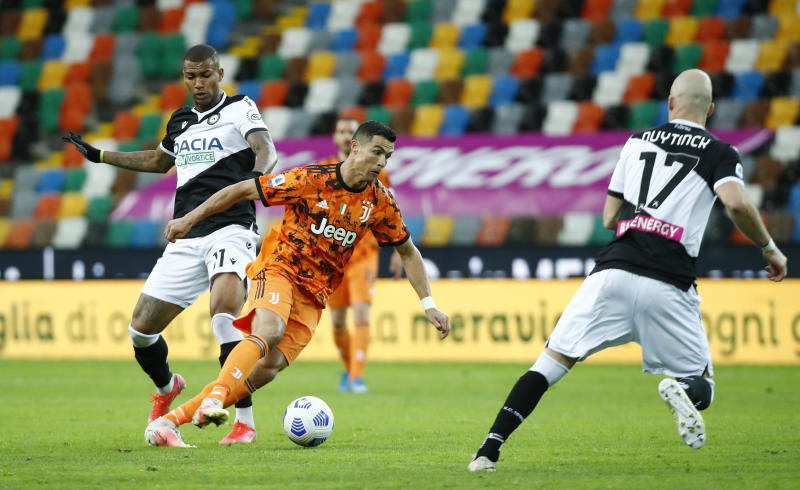 Two late goals from Cristiano Ronaldo earned Juventus a 2-1 comeback win against Udinese on Sunday to give the Turin club a precious three points in the Serie A top-four race.

Juve climbed into third place on 69 points, level with Atalanta in second and AC Milan in fourth, but two points ahead of fifth-placed Napoli.

The visiting defence was caught napping when Udinese wing back Nahuel Molina latched onto a quickly taken freekick to fire home the opener after 10 minutes.

But Rodrigo De Paul stuck out an arm to block a Ronaldo freekick with seven minutes remaining and the Portuguese converted the resulting penalty to end his run of three games without a goal.

Ronaldo then headed in an 89th-minute winner from close range to take his tally to the season to a league-high 27 Serie A goals in 30 appearances.