Inter Milan win Serie A after 11 years: How the title was won : The standard Sports 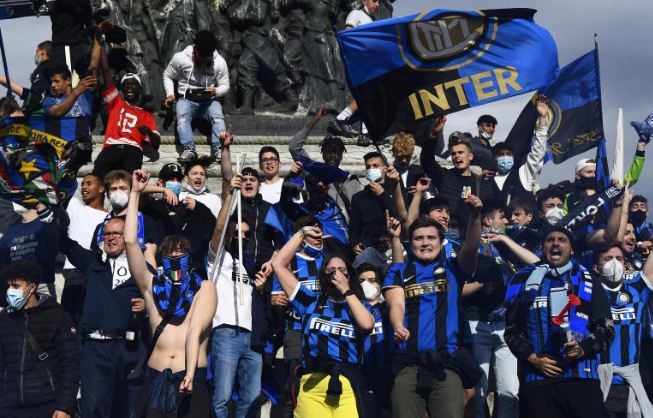 Inter Milan sealed their first Serie A title in 11 years on Sunday with four games to spare, ending Juventus’ nine-year stranglehold on the league crown.

These are some of the key factors behind their success.

The left wing back and one of the three central midfield spots were the only areas of the team to undergo regular rotation throughout the season, and other areas of the team benefited from regularity of selection.

Milan Skriniar, Stefan de Vrij and Alessandro Bastoni struck up a superb understanding at the back, helping the club achieve the best defensive record in the league with 29 goals conceded in 34 games so far.

The strike partnership nicknamed ‘LuLa’ of Romelu Lukaku and Lautaro Martinez went from strength to strength, producing 36 goals between them. Few teams in Italy have had an answer to their attacking threat.

Inter have grown into the season after a shaky start, and their league form was undoubtedly helped by a disappointing group stage elimination from the Champions League at the end of 2020.

Conte’s side lost to AC Milan and dropped points against Parma and Atalanta as they struggled to juggle domestic and European exertions.

But after finishing bottom of a group with Real Madrid, Borussia Moenchengladbach and Shakhtar Donetsk in December, Inter were the only team in Serie A’s top seven that had no European distractions remaining.

That allowed Conte’s side a full week of preparation for most league games, and they went on to become the first Serie A team to start the second half of a season with 11 consecutive wins.

Conte said in one of his first interviews as Inter coach that he wanted to lose the ‘Crazy Inter’ nickname, a result of years of spectacular implosions and rollercoaster matches.

While there have been a few crazy moments, including some high-scoring matches and a shock loss to Sampdoria, Conte has succeeded in transforming his team’s mentality to that of a title-winning side.

The run of form leading to the title highlighted their improved mental strength. Even when not at their best, Inter edged to narrow wins over lesser opponents Bologna, Cagliari, Hellas Verona and Crotone to extend their lead at the top. In previous years, it may well have been a different story.

After a hard-fought 2-1 win over Sassuolo at the start of April, Conte said: “These games show how the team is growing. With this mentality and attitude, maybe we would have still been in the Champions League.”

Conte’s influence cannot be downplayed. He was brought to Inter largely thanks to his title-winning credentials at Juventus, and in the Premier League with Chelsea.

His ability to improve the team’s mentality helped them avoid shock results, but also to succeed in the big games: Inter have lost one of 10 matches against fellow top-seven sides this season so far, winning five.

But Conte’s tactical flexibility also played a key role, particularly his ability to find roles for two players who appeared to be out of the club’s plans midway through the season: Christian Eriksen and Ivan Perisic.

The Danish midfielder has now settled into a central midfield role, while the Croatian winger has adapted to become a threat from wing back.

It was therefore fitting that an Eriksen goal and impressive impact from the bench by Perisic proved crucial in the win over Crotone that ultimately sealed Inter’s long-awaited title.