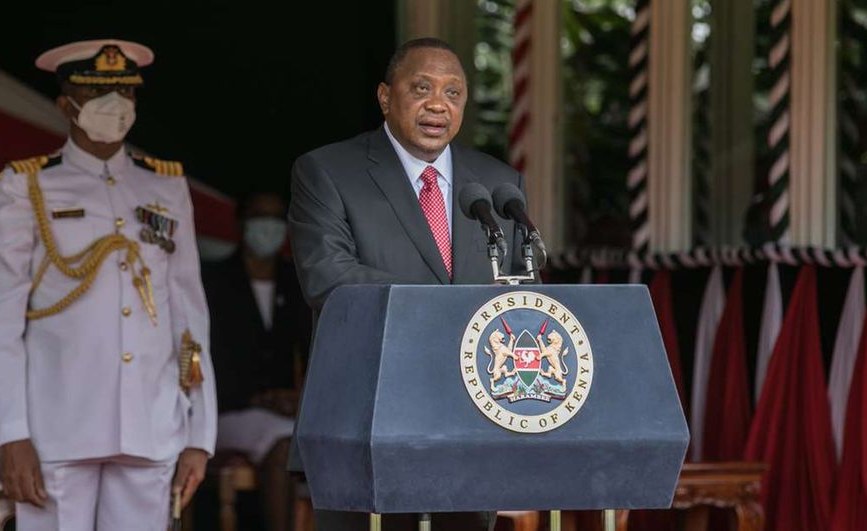 Nairobi — President Uhuru Kenyatta on Saturday extended the ban on political gatherings until further notice in a move aimed at slowing the spread of COVID-19.

The president had banned all forms of political gatherings in the country in March citing the Building Bridges Initiative campaigns and the 2022 succession politics as the main triggers of the spike in coronavirus.

“Given the expert evidence we have received and on the counsel of the National Security Council and the National Emergency Response Committee on COVID-19, I have on this day issued Public Order No. 3 of 2021 direct that the prohibition against political gatherings is extended until otherwise directed,” the President said

The Head of State, in his address, had asked national government administration officers to act swiftly and apprehend those found violating the ban regardless of their social status.

During Labour Day celebrations at State House on Saturday, Kenyatta nonetheless lifted the ban on cessation of movement into and out of the five counties of Nairobi, Nakuru, Kiambu, Kajiado, and Machakos with immediate effect.

He also extended the start of curfew period to 10pm. Curfew hours in the five counties had been revised to commence at 8pm when a lockdown was imposed in March.

“All the other containment measures and guidelines that are not expressly set out in this Address remain in force, and shall be enforced dutifully,” his speech read in part.

Kenyatta said the decision was reached after data analysed by medical experts suggested that after a month-long lockdown, the COVID caseload within the zoned area had come down by 72 per cent.

The President said educational institutions in all levels of learning shall be opened according to a calendar issued by Ministry of Education.

“All employers and enterprises are encouraged to allow employees to work from home, with the only exception being with respect to employees working in critical or essential services that cannot be delivered remotely,” Kenyatta said.

Crackdown on maize from Uganda still on