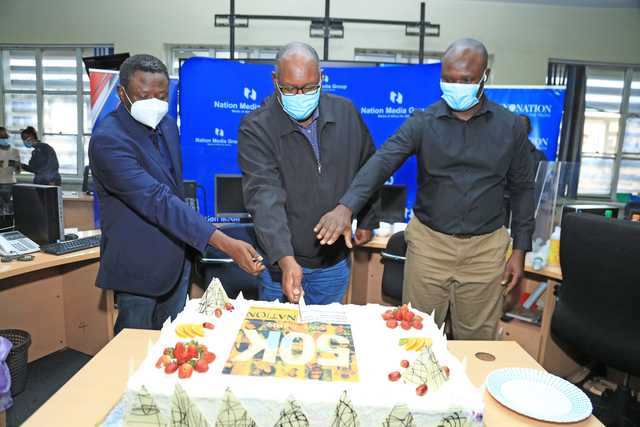 Nation Media Group (NMG) returned to profitability in the six months to December 2020 on improved revenue from television and digital products, after it recorded a loss for the six months to June 2020 in the wake of Covid-19 disruptions.

This was, however, significantly lower than the total comprehensive income of Ksh862.6 million ($8 million) that the group posted in 2019.

Kenya’s economic performance in 2020 was hit by effects of the Covid-19 pandemic and restrictions that were put in place by respective governments in the region to contain its spread.

Many businesses had to either scale down operations, send employees home or close down entirely.

NMG says the curbs on movement and stay-at-home push affected distribution of newspapers, adding that a drop in hard copy sales was partially mitigated by growth in e-paper subscriptions.

“Overall performance improved in the second half of the year following gradual easing of the pandemic-related restrictions across the group’s markets,” NMG said in a statement. “In particular, television and digital revenue grew substantially, while print advertising and circulation volumes commenced recovery.”

East Africa’s largest media company has rolled out a two-pronged approach to sustain growth —renewed digital presence, and a revamp of its print business as reflected in the recent facelift of the Daily Nation.

With an increasing number of Kenyans having access to the internet, online marketing and web listing sites are fast gaining currency in the country with NMG leading the charge.

The company now plans to leverage on its internet traffic and its websites to turn the online audiences into sustainable revenue streams.

“The group’s flagship digital brand, Nation.Africa, launched in July 2020, continues to register impressive growth in our journey to becoming a modern, reader-revenue driven, content company and a leader in the mobile publishing landscape in Africa,” said NMG.

On April 23, three months after the introduction of its metered paywall, NMG announced that digital subscription had risen to more than 52,000 subscribers.

The media house is making increased investment in paid digital content, which presents one of the best avenues to turn around fortunes now that the pandemic has slowed circulation and advertising revenue.