Politics of rumbling Mountain, unstable Lake and big Valley in between 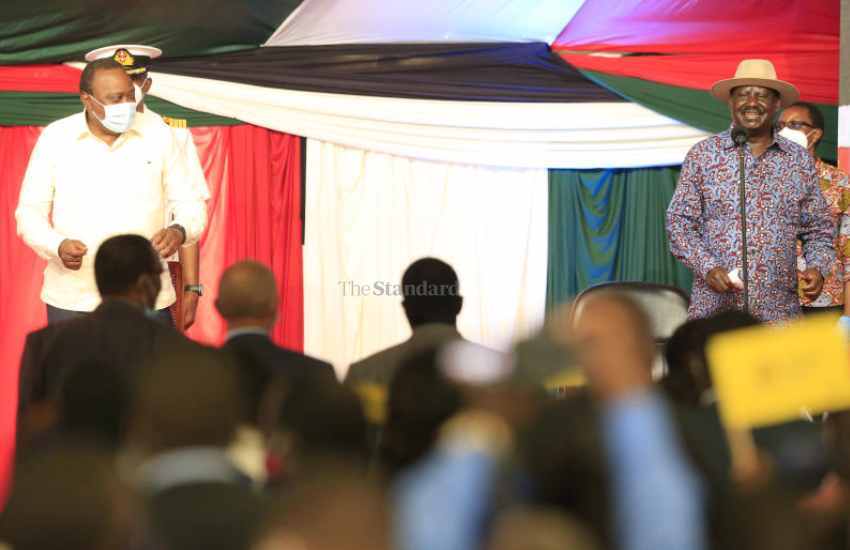 There appears to be developing political commotions in more ways than expected in the Mountain region and the Lake zone, both being on the Equator, in part because of growing uncertainty as to the future. Although the commotions are not new, they appear to grow in intensity, probably because perception exists of the existence of a leadership vacuum with the likely exit of two ‘brothers’, Uhuru Kenyatta and Raila Odinga, from the national political scene.

To compound the vacuum perception, a big Valley separates the Mountain in the east and the Lake in the west. With William Ruto, a hyperactive political ‘cousin’ to Uhuru and Raila, roaming the Valley freely, the perception of a vacuum is in the Mountain and the Lake, not in the Valley.

There is frantic effort to create ‘leaders’, especially in the Mountain. Not a new problem; the Mountain often reaches consensus as to what needs doing but hardly agrees on who should do it. It has many people who imagine themselves as the ‘leader’ that everyone else should follow and hardly any is willing to give way to others. The Mountain finds itself in that ambiguous situation, again.

In the first term, aspirants struggled to read Uhuru’s mood and held back to avoid appearing to challenge the president and waited for signs that it was time to try. As Uhuru’s influence in the Mountain appears to wane, assorted leadership aspirants saw a chance to come out of hibernation. With Uhuru slated for retirement in 2022, the power competition in the Mountain, involving four categories, is open, intense. Subsequently, the four competing categories of would-be leaders and saviours of the Mountain, many of them boardroom craftsmen, assume Uhuru is an irrelevancy.

Although records show that holding top government position is not necessarily a guarantee for safety, the belief is so deep among the Mountain elite that it is an obsession. Some would-be leaders nominate themselves and have various Mountain power craftsmen hold many meetings to float their names for consideration. First are those who believe that neither Raila nor Ruto is ‘acceptable’ because both men were key operators in the 2007 Pentagon and have records of violent anti-Mountain policies. Talking of the Mountain owing political debt to either the Valley or the Lake makes little sense.

Second are those who are bent on making Raila president, are determined to stop Ruto, and advance two arguments. First, they promote claims that Raila is the Kenyan version of Nelson Mandela and talk of creating a ‘Mandela moment’ for him. Their major problem is convincing Kenya voters that governance in Moi, Kibaki and Uhuru is like, or worse, than apartheid South Africa, in need of a symbolic Mandela, and that Raila is the ‘saviour’.

Third are those who see the future of the Mountain in Ruto, the hustler nation and think of Uhuru as a spent force. They hang on to Uhuru’s initial ‘kumi kumi’ pronouncements and consider Raila anathema. Stressing the themes of betrayal and honour, they have openly broken ranks with the president, consider him to be the problem, and do not care about what might adversely happen because of embracing DP Ruto.

The fourth are boardroom opportunists comprising deep-pocketed billionaires with interest in buying leadership. There is in this group an element of disdaining the public, believing that all they have to do is flash billions of shillings at the people. This belief on how to get ‘popular’ support for leadership, though widespread, tends to limit strategic thinking.