Samia’s new challenge as she takes up reins at CCM 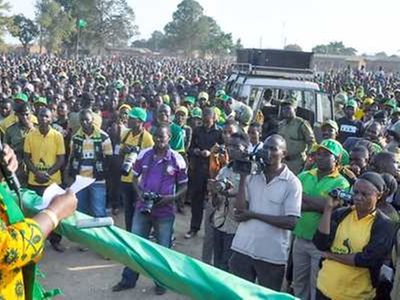 As the first woman to lead CCM, the immediate assumption is that President Samia’s priority will be to correct what one observer described as “the patriarchal structure” within the party and bring a semblance of gender equity into the CCM secretariat and other top party positions.

The appointments she makes are also likely to offer an indication of her long term inclinations as she asserts her authority.

“If her mindset is to run for elective (presidential) office in 2025, she will need a trustworthy secretariat team to help her consolidate power within CCM so she can set herself up as the inevitable ruling party nominee when election time comes,” said an observer who preferred anonymity.

Judging from her early actions as president, President Samia is not expected to be as audacious in breaking away from recognised tradition in the running of the party. Apart from striking a gender balance, she is likely to pursue an agenda of reconciliation.

There is a stronger chance President Samia will be more receptive to advice from influential CCM central committee members such as the two surviving ex-presidents, Ali Hassan Mwinyi and Jakaya Kikwete, and the ruling party’s long-serving deputy chairman Philip Mangula. The big question doing the rounds is to what extent that powerful trio will allow the new president to have her own say in party politics.

A lot of focus will also be directed towards how, as CCM chairperson, Samia will interact with opposition parties.

She has already extended an olive branch to opposition leaders, telling parliament in her first State of the Union address on April 22 that she would meet them to negotiate a more mutually acceptable way forward for political democracy in Tanzania.

But the opposition, still smarting from the Magufuli years, remains wary on this score. Also on the cards is whether President Samia will agree to restart stalled moves to introduce a new national constitution in response to significant public demand.

She was previously vice-chairperson of a Constitutional Assembly set up during the tenure of ex-president Kikwete to draft the new constitution, and which eventually came up with a draft document that was supposed to be subjected to a national referendum, but never was.

During his stint as CCM chairman, the late John Magufuli took decisive steps to place his own people in influential secretariat positions, even bringing in rank outsiders who had no previous direct affiliation with the party.

They included Bashiru Ally Kakurwa, a university lecturer, as secretary general, and Humphrey Polepole, a former district commissioner, as ideology and publicity secretary.

Both had histories of candid and critical political opinions before being elevated to the highest echelons of the ruling party system.

In February, as one of his final and most controversial actions as president, Magufuli appointed Kakurwa his Chief Secretary, leaving the CCM secretary general position vacant. This, however, proved to be short-lived as President Samia’s first Cabinet reshuffle dropped Kakurwa and instead made him an appointed member of parliament.

Much of what observers term internal party discontent was fueled by Magufuli’s tough austerity and anti-corruption measures.