The Mombasa island returns – The Standard 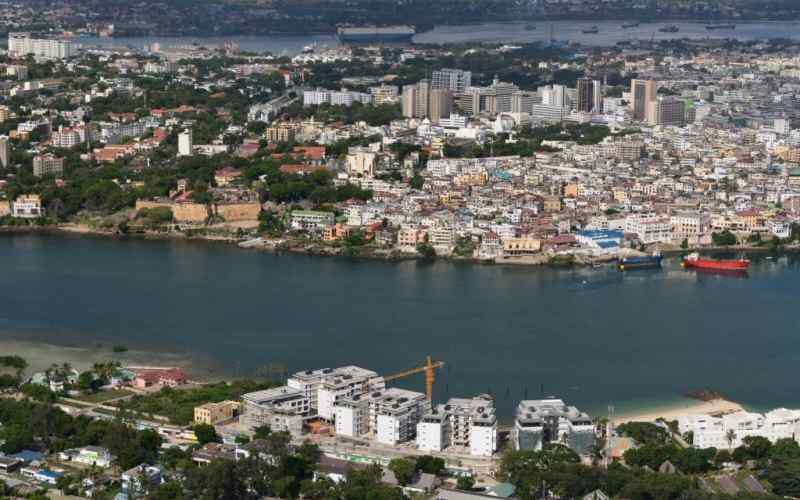 For close to 100 years, Mombasa conned the world, passing off as the island it had ceased to be, courtesy of a colonial earthen causeway that made it easier for man and machine to enter the town.

Before that, an 1899 Salisbury bridge stood over the waters, maintaining the island’s integrity and allowing waters and marine life of Makupa straits to flow freely.

But the vagaries of the first world war, specifically the fear of aerial attack on the bridge drove the British to fill the causeway to guarantee communication of the island with the mainland.

The road and rail then moved from the bridge to the causeway, effectively shutting the waters to their respective sides, and closing the island chapter altogether. Mombasa ceased to be an island in 1929 when Makupa Causeway was launched.

Still, it would masquerade as an island for the next 92 years, until December last year, when President Uhuru Kenyatta presided over the groundbreaking for the construction of the 450-metre long and 200-metre wide bridge.

Scheduled to be built between January 5, 2021, and January 2022 by China Communications Construction Company (CCCC), the bridge is set to restore Mombasa to its island status but after gobbling a whopping Sh4.5 billion.

Increased volumes of traffic – the causeway is the only link between Moi International Airport, Standard Gauge Railway station and vehicles from the hinterland – as well as threats of delisting Mombasa from island status combined to create the project.

According to Kenya National Highways Authority (Kenha) Assistant Director of Communications Charles Njogu, the contractor has since mobilised equipment and is ready to demolish the causeway and build the key bridge that has raised hopes of revamping the local economy and tourism.

Maritime consultant Andrew Mwangura says the blockage of the free flow of water between Tudor and Port Reitz creeks at Makupa causeway, coupled with the massive reclamation of the sea, led the UN to threaten Kenya with the delisting of Mombasa as an island in the last four years.

“I support the government efforts to stop developers from reclaiming the sea and demolish Makupa causeway to restore the free flow of water. Reclaiming the sea is part of the destruction of the environment,” said Mwangura.

But the causeway also gave ideas to developers who began to threaten the sea and its ecosystem. For 55 years, the causeway hosted a stinking dumpsite whose foul smell and smoke welcomed you to Mombasa.

Private developers had also descended on the area, scrambling for land, with some reclaiming the ocean to put up commercial buildings. In the Senti Kumi area in Likoni, settlers encroached ship navigation aids and shipping lines, threatening to stop ships from calling at the Mombasa port.

According to former National Land Commission (NLC) Chairman Muhammad Swazuri, the wanton sea reclamation had defaced the historical status of the island, prompting the UN warning.

Prof Swazuri said the causeway and development had affected the natural flow of water into the Tudor and Port Reitz creeks, thus altering the geographical status of Mombasa into a peninsular.

“The UN conducts an audit of islands annually. It has threatened to delist Mombasa,” Swazuri warned, even as he launched a drive to stop those eyeing the sea for reclamation.

Tourism sector players in Mombasa and the whole Coast region now fear that delisting of Mombasa could have far-reaching consequences, especially on the sector.

Ibrahim Hassan, a solid waste management officer with Big Ship, a non-profit making environmental organisation, welcomes the construction of the bridge, saying Mombasa must be restored as an island.

He urged the government to move with speed to push back developers who may have illegally acquired land at Kibarani and targeted developments at the sea line.

“We fully support the construction of a bridge to replace the causeway but we urge for an environmental impact assessment and public participation,” said Hassan.

Kenya Association of Hotelkeepers and Caterers (KAHC) Coast Branch Executive Officer Sam Ikwaye said the causeway has been a source of accidents, traffic snarl-ups and delays, particularly for tourists going to the airport, because it is narrow.

Dr Ikwaye said the bridge is a good investment because the causeway has been a nightmare just like the Likoni ferry channel that often experiences long delays.

“We are happy with the investment because it will end the delays and reduce the number of accidents. It will restore the status of Mombasa as a full island city, which is good in terms of marketing tourism. We want developments at the Kibarani area removed,” he said.

Mombasa County  Tourism Chief Officer Asha Abdi said the 120-metre-wide causeway has been interfering with the marine ecosystem across the channel besides encouraging water pollution.

She said the bridge will preserve the marine ecosystem by allowing the free flow of water around the island and enhancing water sporting activities for both locals and tourists.

“Our focus as a county is to improve domestic and regional tourism. The four-lane bridge will massively decongest the busy airport road by cutting down the travel time for tourists visiting Mombasa. This will also facilitate the efficient flow of goods in and out of Mombasa Port and the international airport,” said Abdi.

Kenya Maritime Authority (KMA) Director-General Robert Njue said the causeway has interfered with the natural breaking of the ocean waves, affecting the distribution of marine life within the creek.