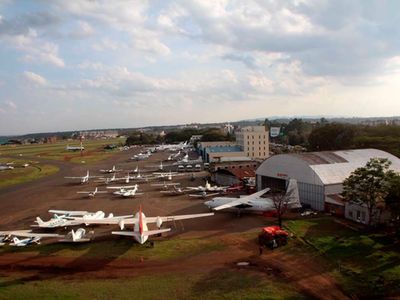 Kenya on Monday suspended flights from Somalia in the latest show that relations between the two sides have not thawed as announced last week.

A Notice to Airmen (Notam) on Monday indicated that flights departing for or arriving from Somalia will not be allowed for three months from May 11 to August 9 this year. Only humanitarian deliveries and medical evacuation flights will be allowed into the country, according to a notice by the aviation regulator, the Kenya Civil Aviation Authority (KCAA).

The Authority did not elaborate on reasons but suggested there had been a security directive from the government to restrict air traffic between the two countries. The decision means all chartered and scheduled flights to Somalia will not be allowed.

However, flights from Somalia passing through the Kenyan airspace to another destination will be exempted. The announcement was made just as Somalia’s President Mohamed Farmaajo was flying over Kenya to Uganda for the inauguration of President Yoweri Museveni for the fifth term.

Also exempted are military flights which are not within the jurisdiction of the KCAA.

The move, however, dents any latest efforts to revive relations between the two countries.

Last week, Qatari special envoy Mutlaq bin Majed al-Qahtani helped broker resumption of relations and Mogadishu announced it was reopening its diplomatic channels with Nairobi that it had shut down in December 2020, protesting against Kenya’s alleged interference in Somalia’s internal matters.

But Somali officials clarified that the resumed relations will not involve lifting the ban on miraa trade or discussions about the maritime boundary dispute that is awaiting a verdict at the International Court of Justice.

Somalia, however, has not indicated when its ambassador will resume his post in Kenya. Mr Mohamud Nur Tarsan was recalled to Mogadishu and Kenya’s Lucas Tumbo asked to return to Nairobi after Mogadishu cut ties in December last year. Nairobi, however, did not sever the ties.

This isn’t the first time either Nairobi or Mogadishu is banning flights.

Right after the fall of Siad Barre’s regime, Kenya’s then President Daniel Moi suspended flights and closed its borders with Somalia. A petition from humanitarian agencies, however, allowed a special corridor for aid deliveries.

In later years, Kenya had restricted flight arrivals from Somalia, asking them to first land in Wajir for security checks before proceeding to any other port of call. A discussion between the two sides saw the move lifted in 2019, after Mogadishu agreed to intensify security checks for its departing passengers.

A few months later, Somalia banned flights from Kenya carrying miraa into Somalia, and restricted all other flights to land in Mogadishu before going to any other port of call. This directive was, however, ignored by rebellious federal states in Somalia.