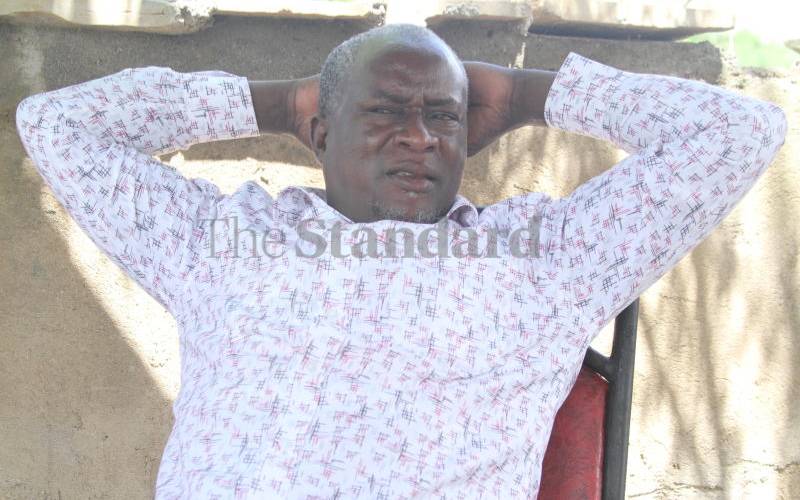 Former Kibwezi MP Richard Kalembe Ndile died at Nairobi Hospital on Sunday morning at around 5:30am after a long illness.

According to the deceased’s younger brother, Sam Ndile, the former vocal legislator was taken ill on Wednesday night from his Mlolongo home complaining of stomach pains.

The brother confirmed that Ndile was in and out of various hospitals for some time before his demise.

“On Wednesday night around 8pm he became seriously sick while at home and I took him to Aga Khan Hospital where he was examined. At around 10pm, we were referred to the same hospital, but at the Pangani branch which we found no bed space in the private wing,” the family spokesperson told The Standard.

Ndile is reported to have asked his brother to take him to the Nairobi Hospital for further treatment.

“When we found all beds were occupied at Pangani he personally instructed me to drive him to the Nairobi Hospital,” he added

He was diagnosed with multiple illnesses including; liver cirrhosis, cancer of the stomach, and kidney failure which necessitated medics to recommend that he be taken into theatre.

“He suffered multiple illnesses and at some point, he was wheeled to the theatre where he was supposed to undergo a correction surgery. The facility asked for blood donors and people turned up and donated blood for him. However, this didn’t succeed since his situation worsened,” Sam said

He was taken into the Intensive Care Unit (ICU) on Saturday night where he was pronounced dead on Sunday morning.

Ndile, 57, is survived by 10 children, and six other adopted children studying in various schools.

The body was transferred to Lee Funeral Home at around 11am.

Before his death, Ndile had become a staunch supporter of the Wiper Party having played a bigger role in the just concluded by-elections in Kitise/Kithuki ward, and Machakos senatorial seat where the Party won.

With great shock, I have learnt of the passing of former MP Hon Kalembe Ndile.

The people of Kibwezi and our country have lost a charismatic leader with exceptional grassroots mobilization skills who also cared deeply for the underprivileged.

May He Rest In Eternal Peace. pic.twitter.com/zlQrQX9nHx
— Raila Odinga (@RailaOdinga) May 30, 2021

Tracking and monitoring motor vehicles is not new to Kenyans. Competition to install affordable tracking devices is fierce but essential for fleet managers who receive reports online and track vehicles from the comfort of their desk.