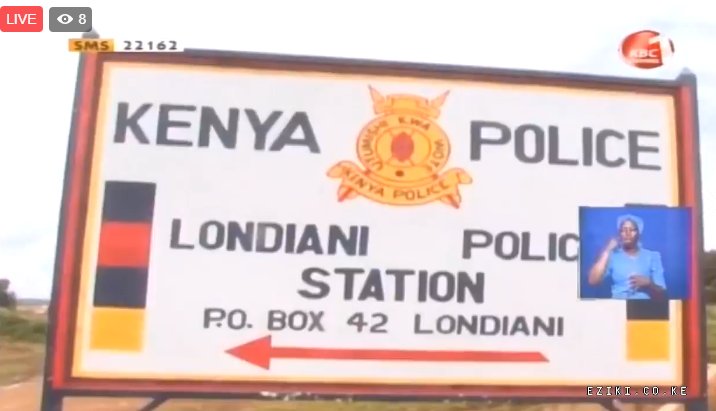 A 70-year-old man from Londiani in Kipkelion East has accused a police officer of extortion and harassment.

According to an OB report seen by K24 Digital, James Kiorerer Langat was arrested and handcuffed by police officers allegedly from Londiani Police station on Thursday, May 27 together with his daughter Nancy Chebet on trumped up charges.

In his report to the OCS Londiani Police Station, Mzee Langat said that corporal Victor Ichuku together with three other officers demanded for a bribe after they ransacked the old man’s’ house in search for illicit brew.

“Having been asked whether they are in any way involved with the complaint, they denied categorically but as events unfolded,the officer in question apologetically surrendered the whole amount being Ksh14,000 in one thousand denominations to the OCS Londiani,” the statement from the OB read.

Today, at 17.30hrs the DCC Londiani forwarded a text message from Kipkelion East area MP where the legislator revealed that residents of Kimasian village about 5 kms south of the station within Kedowa had complained to him of police harassment in the name of searching for illicit brews,” the OB read.