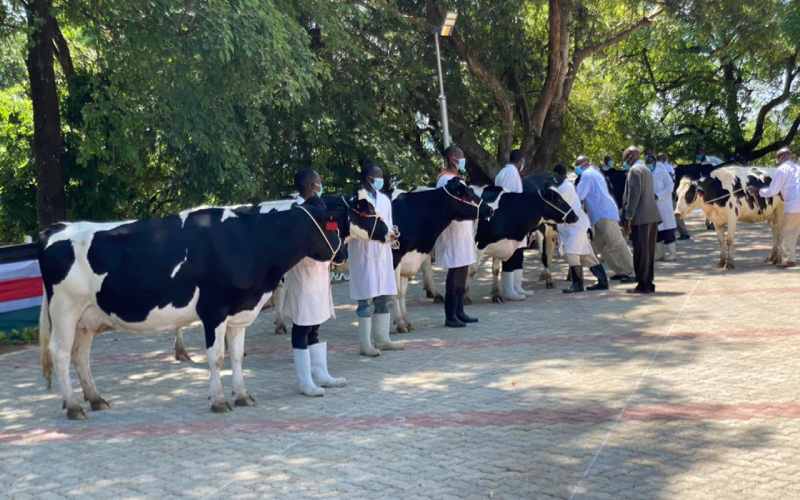 Ndayishimiye in Kenya: President Uhuru Kenyatta has gifted visiting Burundi president Evariste Ndayishimiye fifty heifers. The heifers were presented to President Ndayishimiye a few hours after he arrived in Kenya.

Ndayishimiye is in Kenya as the official guest for this year’s Madaraka Day celebrations which will be held at the Kisumu Stadium on June 1.

Ndayishimiye landed at Kisumu International Airport at around 10:15 am aboard a Kenya Airways Dreamliner aircraft.

Speaking besides President Uhuru at the Kisumu State Lodge, Ndyishimiye praised the lake-side city of Kisumu, describing it as a ‘wonderful’ place.

“I am surprised by the beauty and level of development in this city,” he spoke of Kenya’s third-largest city.

“We allow for the creation of a new company (in Burundi) in less than 24 hours. This visit is a good opportunity to invite Kenyan investors to increase the investments in Burundi. our country is ready for new investment and we believe that now is the right time, waiting two or three years may be late,” he said on investments.