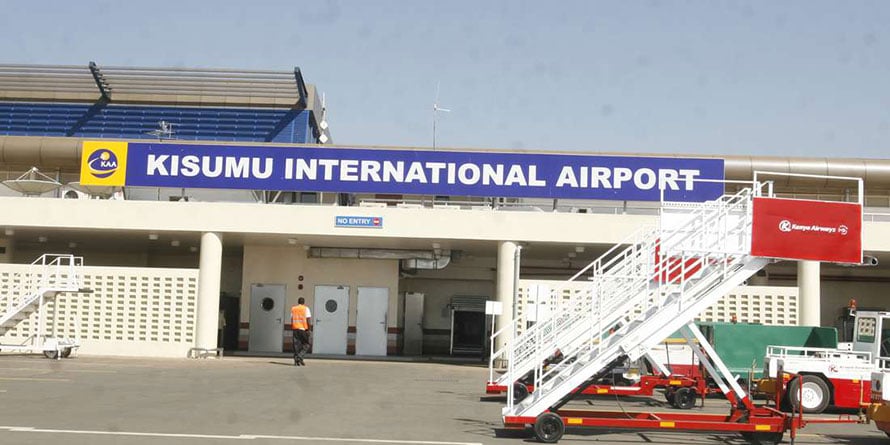 Air fares from Kisumu to Nairobi have nearly tripled mainly on increased demand by passengers who are attending this year’s Madaraka Day celebrations graced by President Uhuru Kenyatta in the lakeside town.

A spot check showed that national carrier, Kenya Airways, will today charge Sh17,885 for a seat on its 7pm flight from Kisumu to Nairobi, up from Sh6,500 last week. The airline will charge Sh14,540 for a ticket on its earlier flights from Kisumu at 10am and 5pm.

KQ’s low-cost subsidiary, Jambojet, has also raised its air fare from Kisumu and is charging Sh8,100 for a seat, rising from last week’s Sh4,600.

There are no flight listings for today on the website of low-cost airline Fly 540 — an indication that it is fully booked.

The 58th Madaraka celebrations have made Kisumu the most expensive domestic route this week, surpassing the coastal region one that has traditionally topped the pricing list.

Jambojet confirmed an upsurge in seat demand due to the national event today in Kisumu which is attended Burundi President, Evariste Ndayishimiye as the chief guest.

“We have seen increased movement of people to Kisumu because of the celebrations and this is what has pushed up the cost,” the airline said in a statement.

Apart from the dignitaries and other guests, there is also demand for seats by a large number of passengers who had extended their weekend stay in the lakeside town.

Similar high demand for air travel was reported yesterday as guests and dignitaries flew into Kisumu from Nairobi, leading to increased fares.

A one-way ticket to Kisumu from Nairobi on a KQ flight went for Sh9,500 since yesterday, a substantial rise from last week’s 5,500 while Jambojet ferried passengers into Kisumu for Sh7,100 a seat, up from Sh4,600 last week.

For instance, it will cost a passenger travelling to Mombasa today a low of Sh6,515 in the morning flight on KQ and Sh4,600 on Jambojet.

To match the increased demand, Kenya Airways has increased flight frequencies on the Nairobi-Kisumu route tomorrow to four, up from the two it operated on Monday.

The celebrations came as a big boost for the carrier that had only operated a single flight on the route when it resumed flights in May, after the government lifted the ban to contain Covid-19.

The sharp rise in fares on the route began at the weekend as the advance team on President Kenyatta’s entourage travelled to the lakeside city.

High demand comes as a windfall for the carriers that have been struggling with low demand for passengers since the resumption of domestic flights last year in August following months of grounding after Kenya recorded the first case of Covid-19 in March.

Only 3,000 people will get access to the venue of the Madaraka celebrations– a newly built stadium in Kisumu– while estimated 20,000 others will follow the proceedings on television from two other grounds in the lakeside town.

Apart from leading the Madaraka Day celebrations, Mr Kenyatta has since the weekend launched several infrastructure projects in the region.