Panic as military officer collapses while parachuting to the ground 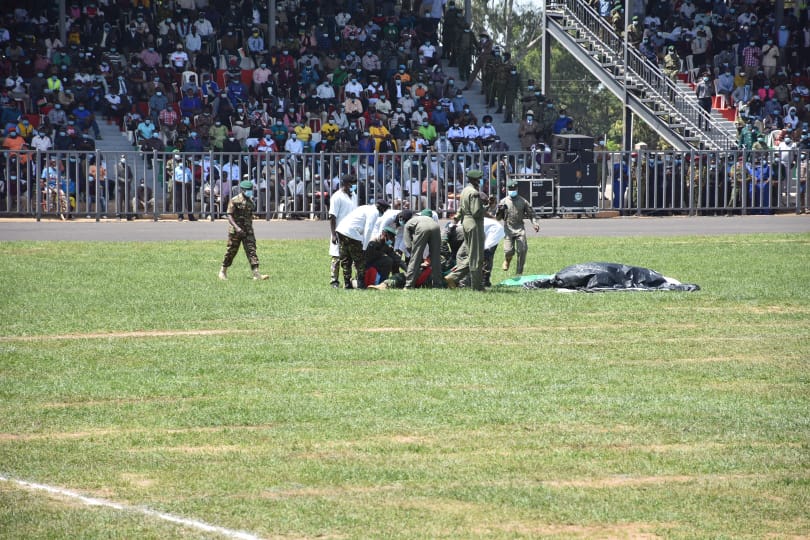 A Kenya Airforce officer has been injured while parachuting to the field during the ongoing Madaraka Day celebrations in Kisumu.

The officer was trying to entertain guests who had gathered at the Jomo Kenyatta International Stadium in Mamboleo Kisumu for the 58th Madaraka Day celebrations.

He was immediately attended to by military medics who also
picked him in a Military ambulance.

Five others whom he was with managed to land safely.

The 58th Madaraka Day celebration is being held in Kisumu for the first time since independence, thanks to the handshake deal between President Uhuru Kenyatta and ODM leader Raila Odinga.

Deputy President William Ruto, Cabinet Secretaries and other dignitaries are also in attendance.

Ruto, Raila among dignitaries in attendance at Madaraka Day fete in Kisumu