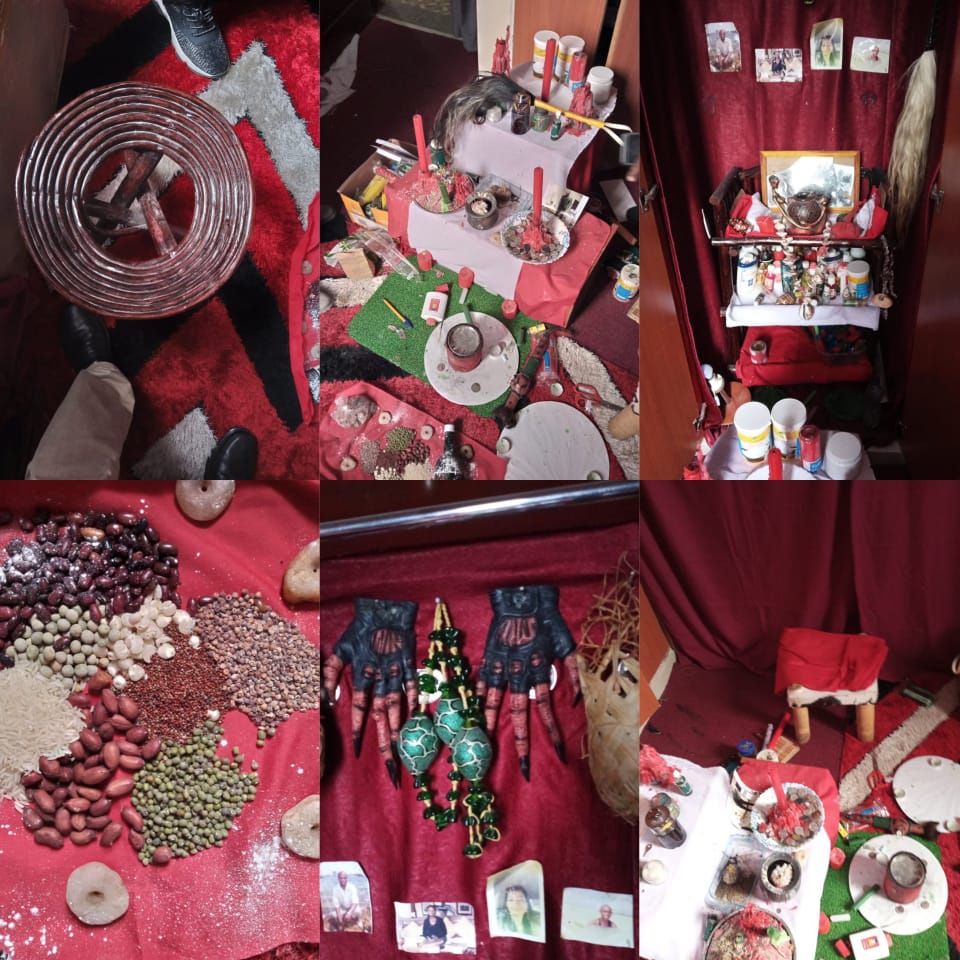 A Kenyan woman has lost a jaw-dropping Ksh 9 million to a Ghanian man who she met at an online dating site.

According to DCI, the woman happens to be a senior manager at Tala Agencies, a popular mobile money lending firm that advances instant short term loans to applicants.

The suspect, identified as Victor Anane, introduced himself as a preacher who performs miracles.

DCI says the suspect promised her promotion at her workplace and monetary fortunes if she accepted a love relationship with him.

The unsuspecting woman, DCI says, was swayed by the promises and fell in love with him.

They dated for a while before she was invited to his residence at Transview estate in Athi River.

By the time she was visiting him, the Ghanian had siphoned Ksh 9 Million from her with some of the money believed to have been taken from the accounts belonging to Tala Agencies.

Upon honouring the date invitation, the woman was shocked after she stumbled on a man who was in possession of paraphernalia associated with witchcraft and magical rituals.

The scene at the man’s house was a sharp contrast to what the woman had expected since she knew the boyfriend was a preacher.

Their relationship came to an end following the incident as the woman discovered she had been conned,

She reported the incident prompting detectives to act and arrest the suspect.

Detectives also took with them the items associated with witchcraft.

Also recovered from his house was Ksh76,000 in fake currency and other materials used in the printing of fake notes.

The investigators further established that the suspect who masquerades as a preacher, approaches innocent women looking for love and affection online, with promises of making their lives better before fraudulently obtaining money from them.

The suspect is currently in custody and will be arraigned to face charges of obtaining money by false pretences.