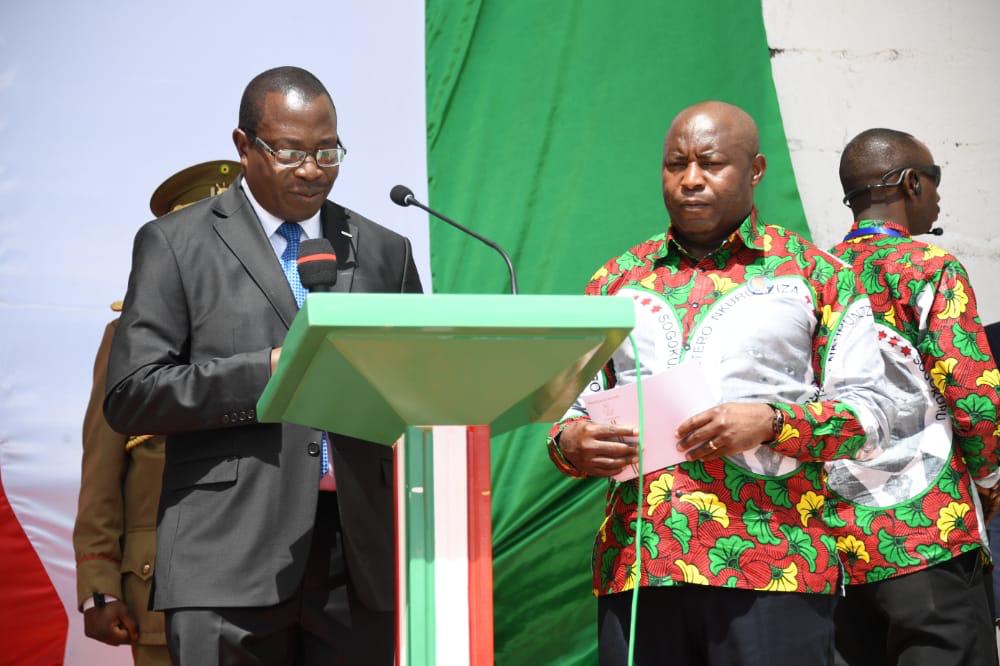 As Burundi commemorates one year since the death of president Pierre Nkurunziza, thousands of Burundians, diplomats and special envoys from different countries gathered in the country’s capital Gitega to mark a one year anniversary.

In his speech, Burundi President Evariste Ndayishimiye said Nkurunziza stayed behind to fight for peace and rights of Burundians during the 1993 crisis, while those who had the same education level fled the country.

“He played a great role in amending the Constitution based on citizen’s needs and desire…he taught Burundians to love their roots and villages and reminded Burundians to pray,” said President Ndayishimiye.

He vowed to follow the footsteps of his predecessor to fight for prosperity, unity and equality. “At this same place where he was laid to rest we are going to build a centre for educating patriotism to Burundians.”

Tanzania’s VP Mpango said that his country is committed to supporting Burundi in development and strengthening the bilateral relations that existed since independence.

“Her excellency sent me to represent her for the first year of the commemoration of the brave African child Pierre Nkurunziza who fought for peace, equality and development of Burundians…he fought for the good of Burundi, East Africa and Africa in general,” said Mpango while addressing the gathering in Gitega.

“He used his talent of sports to promote peace and unity ….he played a key role in Burundi’s peace and stability.”

Nkurunziza was in power for 15 years since 2005. His decision not to seek a fourth term in office — after his insistence on a third plunged the country into turmoil in 2015 — shocked many.

He was succeeded by general Ndayishimiye who won the May 20, 2020 election.

He died unexpectedly on June 8 last year, a few days before the inauguration of Ndayishimiye, at the age of 55 of what the government said was “heart failure”.

President Ndayishimiye has declared June 8 a day to commemorate Nkurunziza and the National Day for Patriotism to be held annually.