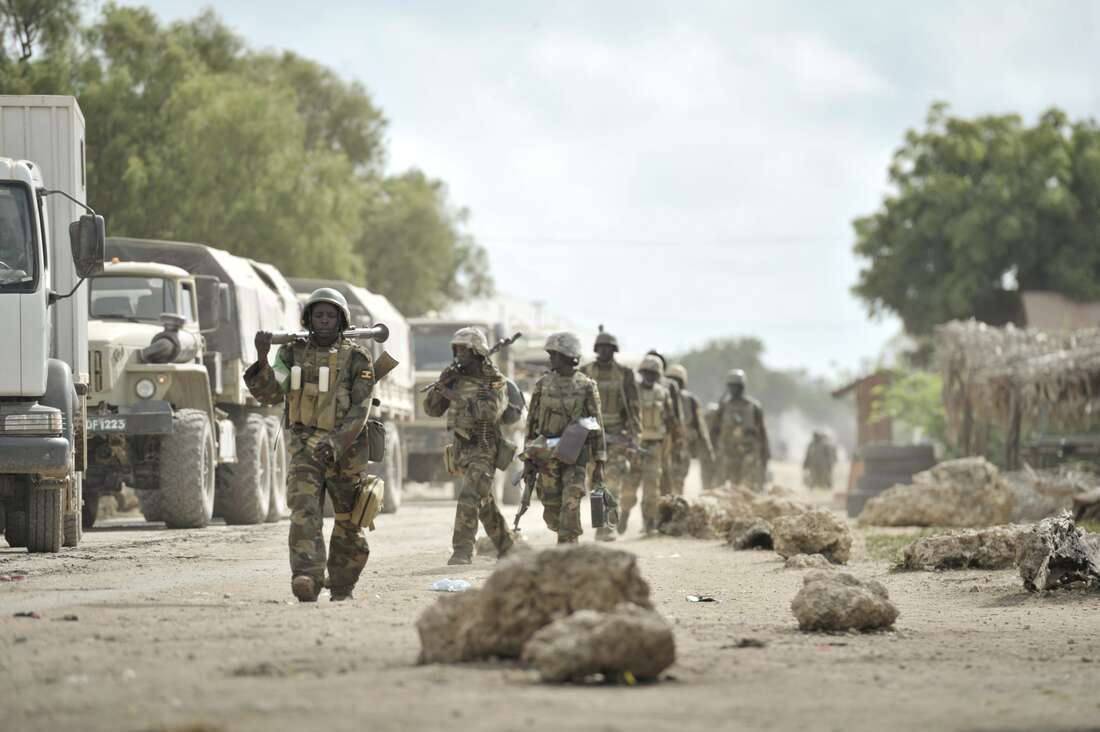 More than 60 Al-Shabaab militants, including foreign fighters, were killed in an explosion at a village about 65 kilometres west of Qoryooley in southern Somalia, the army said in a brief statement on Tuesday.

The Somali National Army (SNA) said that the Al-Qaeda-allied terrorists died in the blast which took place at their compound in Ala-Futow village in the Lower Shabelle region after the bomb which was being assembled exploded.

“The explosion took place at the Al-Shabaab compound after explosive materials which were being prepared by terrorists exploded on Monday,” SNA said.

Al-Shabaab’s bomb experts and foreign terrorists were among those killed.

SNA said its forces later conducted a special operation in Ala-Futow village in Kurtunwarey district, destroying a vehicle used by terrorists to detonate explosives intended to harm the Somali people.

The government forces have vowed to intensify security operations in the central and southern regions until the insurgents who have conducted terror attacks to kill and maim innocent residents will have been wiped out from the region.

The terror group has lost many areas previously under its control but is still capable of staging attacks in Somalia.

The latest operations come as government forces have intensified operations against Al-Shabaab in the central and southern regions.