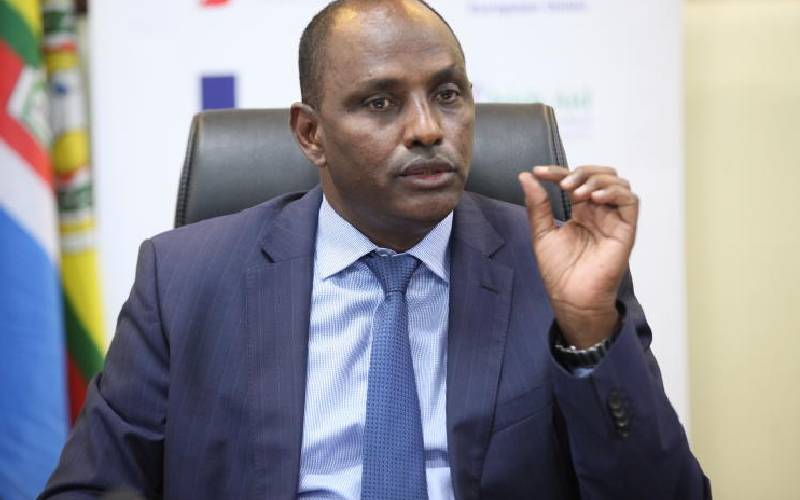 Kenya’s economy expanded by Sh790 billion to hit Sh11.2 trillion in the year since it recorded the first case of Covid-19.

According to estimates by the National Treasury, this was, however, slower growth compared to an expansion of gross domestic product (GDP) – or the national cake – by Sh870 billion in the year to March 2020, reflecting the corrosive effect of the pandemic on the country’s productivity.

The estimates are contained in the National Treasury’s Quarterly Economic and Budget Review for the third quarter of the current financial year ending June. The report reviews government’s revenues and expenditure for a given period.

When Covid-19 broke out, all restaurants and pubs were closed, airlines were prohibited from operating and social gatherings were banned.

This led to 1.7 million job losses in the second quarter of 2020 as businesses shut down.

Official GDP figures for the 2020 calendar year are yet to be released by the Kenya National Bureau of Statistics (KNBS).

KNBS Director General Macdonald Obudho attributed the delay to late submission of data by some respondents in respective economic sectors.

“The bureau acknowledges the role of our users in providing invaluable feedback to our production processes and look forward to the same engagement during this period,” he said.

“The report will be disseminated at the earliest opportunity once the process is completed.”

This means that the economy might have escaped severe battering hit by the pandemic amid partial lockdowns, curfews and other rules that affected sectors such as tourism, transport and education.

Much of the growth might have been supported by increased public spending. Fearing a total breakdown, the government injected some money into the economy through road construction, cash transfers, and the Kazi Mtaani youth employment programme, all of which might have softened the pandemic’s blow.

The National Treasury estimates that the economy grew by 0.6 per cent last year, an improvement following two successive negative growths in the second and third quarters.

Some forecasters, however, estimate that the economy might have shrunk last year.

President Kenyatta’s administration is keen to get the economy out of the Covid-19 rut with a Sh3.6 trillion budget that aims to vanquish the disease and get businesses and workers back to the market.

To stimulate the economy, the government plans to sink cash into the Big Four Agenda that focuses on food security, manufacturing, affordable housing and universal healthcare.

To help small businesses back to their feet, create employment and reduce poverty, Treasury has also allocated some money to the Post Covid-19 Economic Recovery Strategy.

About Sh8.6 billion has been set aside to enhance liquidity to business.

The government will also pump some money into water and ICT, which are critical for helping to contain the spread of Covid-19.

The rollout of vaccines, also crucial to get people back to work, has also been allocated some money.

However, there have been murmurs that the government has not done enough to ensure that as many people as possible are vaccinated.