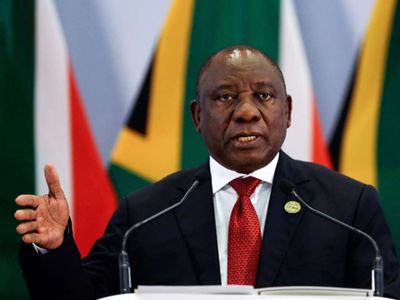 South Africa’s Health Minister Zweli Mkhize has been suspended over allegations concerning contracts between the Department of Health and a service provider, Digital Vibes.

“This period of special leave will enable the minister to attend to allegations and investigations concerning contracts between the Department of Health and a service provider – Digital Vibes,” the presidency said.

“The Special Investigating Unit is investigating this matter and the President awaits a report on the outcome of this probe.”

Earlier, Mr Mkhize told journalists he had discussed with President Ramaphosa the possibility of taking special leave, but added that a resignation was not an option.

The Special Investigating Unit is investigating the R150 million contract, which an internal probe in the department found was irregularly awarded.

Digital Vibes is run by two of Mr Mkhize’s close associates and local media reported that the company made payments for repairs to a house owned by a trust in his name.

There was also a cash payment from Digital Vibes to his son, Dedani, as well as a car bought in his name.

According to Mr Mkhize, work has started to recover R37 million of that money, which was found to have been a fruitless and wasteful expenditure.