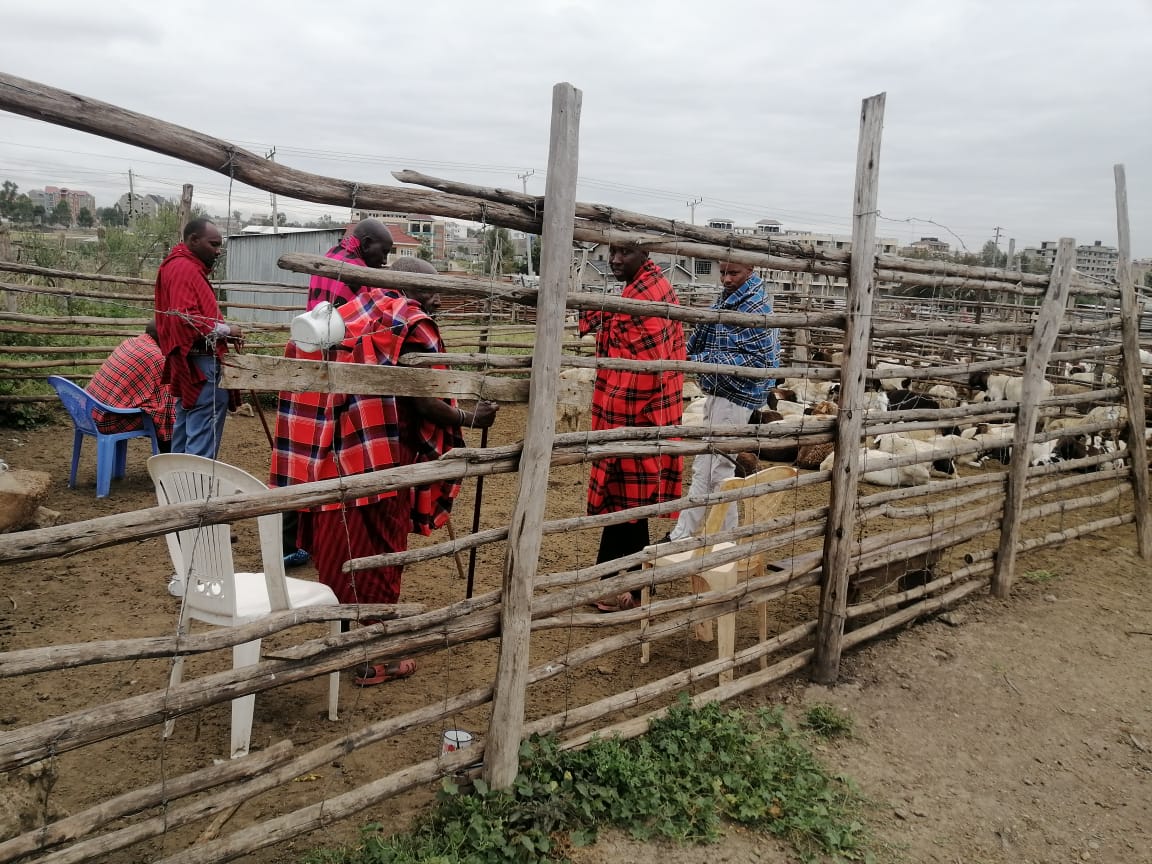 Farmers in Isinya sub-county have raised alarm over the rate at which criminal gangs are killing dogs before raiding homes to steal livestock amid spraying them with sleep chemicals.

The herdsmen from Isinya and Kitengela claim that the theft of the livestock done at night has the same pattern where nobody ever hears any commotion.

They are also shocked that even when they decide to spend
the night outside to keep vigil of their animals, they will fall deep asleep
and find all livestock are gone.

Interestingly the sheep and goat which is the main target
compared to cattle are ferried by standby lorries during curfew hours.

“There is something mysterious about this sheep and goat theft issue. We have unknown assailants who manage to get into our homes and poison dogs. Ordinarily, we keep dogs alerting us about any unusual movement at night.

On this theft issue, the dogs do not bark and all we find are
pieces of meat with poison beside our dead dogs.

Even when we decide to keep vigil but strangely the thieves still strike and manage to steal our animals while everyone falls deep asleep during that time, “said Johanna Ole Ndikir.

Samuel Legei is the recent victim of the cavalier attacks. His
five dogs were poisoned and three days later the thieves made away with his 40 sheep
flock.

“When the dogs were poisoned, we remained on high alert in an effort to catch up with attackers but on the fateful day slept until morning where we found our boma empty. We could also trace where the vehicle that ferried the livestock was packed,” narrates Legei.

Legei now says he has been left a peasant.

Kitengela slaughterhouse chairman William Ole Kasio has also
questioned circumstances under which a notorious ring leader of the theft
syndicate went missing at the Kiserian police cells after he was arrested by
locals who took him to police custody.

“We are law-abiding citizens and at no given time would we want to take the law into our hands. The incident of police releasing a suspect we have saved from mob justice is so disturbing. Why then do they expect us to take suspects to them? Senior security apparatus should intervene and ensure out r livestock safety, “said Kasio.

Isinya sub-county police commander Ben Changulo has said police are on high alert to ensure the theft menace is contained.

“I appeal to locals to issue crucial information to
security agencies in order to help arrest this worrying trend. The cartels
should be warned that the rule of the law will catch up with them,” Changulo
said.