Jimal should now do something about his wives before the issue gets out of hand. Both Amber Ray and Jimal’s 1st wife Amira are throwing tantrums at each other; and things keep on getting worse. They are doing contrary to what co-wives are expected to do.

Amber Ray has been termed as a home wrecker a couple of times and has been accused of using Juju on Jimal.

She has now clapped back at Amira saying; 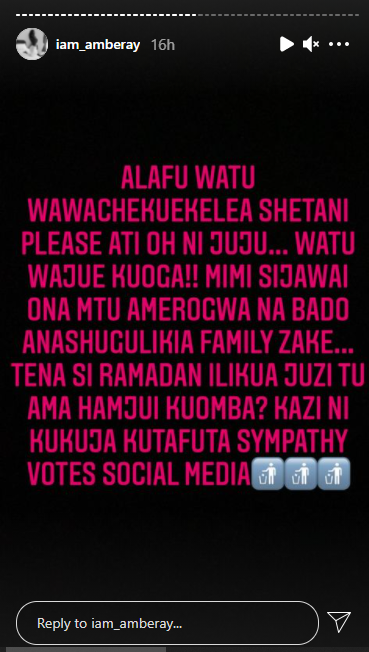 According to Jimal, this isn’t the case. He confessed his undying love for Amber Ray; and claimed he had even informed his first wife on the same. However, Amira denied the claims and said she only knew all that through social media (Jamal didn’t inform her).

The last couple of days has seen Amber and Amira on the limelight for roasting each other on social media. Their conspicuous and endless disses lead to exposure of more information which we didn’t know about.

To begin with, Amber disclosed that Amira had gone to Dubai and left her hubby in the country to struggle by himself. The accusation is not yet justified as Amira released photos with her hubby while in Dubai.