The Boy’s Club ‘sex scandal’ caught Jalang’o and his boys unawares after being exposed on blogger Edgar Obare’s Instagram. The scandal involved a group of men who allegedly discussed sexual escapades, oftentimes even sharing full photos of their “conquests”.

The group was accused of sleeping around with different women and ‘comparing notes’ in a WhatsApp group. The scandal was trending for sometime and got Jalang’o in hot soup with his wife and his clients. 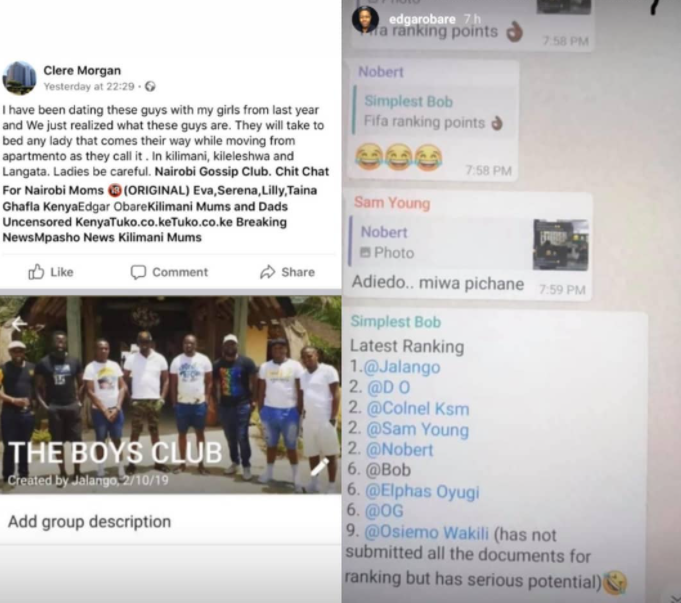 The expose ranked Jalang’o as the guy who has slept with many girls. It’s believed that the boys club had rented a number of apartments in Nairobi where they take their “Mpango wa Kandos” to have a good time, drink booze and dance the night away.

Now, Jalang’o has opened up on how the drama costed him friends and gigs. Speaking on Kiss Fm; he said;

”It is just a week. Stories of Boys club has just been written… This thing will take so many people to actually understand what the truth around this thing was… Just within that time, that was the time I lost my job at Milele. Guys linked the boys club drama with losing my job…

And I got a client who called, and cancelled me and told me, this story is too much. I also got another client and they said, it’s too hot, we’re pulling out… Those two who left are begging to come back… Friends at that time told me things. Mi nikawaambia ni sawa tu…”

Watch his video below;