Sub-Saharan Africa most expensive globally to send and receive money 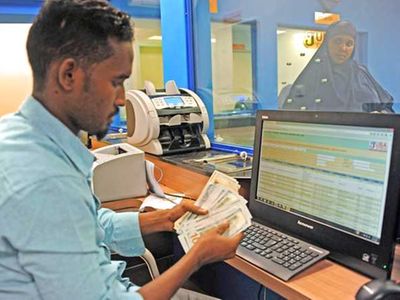 The cost of remittances in sub-Saharan Africa was the highest, averaging 8.17 percent in the fourth quarter of 2020 compared with 4.9 percent in South Asia, the lowest average cost.

The cost of diaspora remittances from Tanzania to Kenya and Uganda was among the highest in Africa in the past year, averaging between 17 percent and 21 percent per $200. These were some of the findings of a brief prepared by the Global Knowledge Partnership on Migration and Development for the World Bank.

The report also said remittance flows to the sub-Saharan Africa region declined by 12.5 percent in 2020 — the biggest drop in over a decade — partly as a result of the global Covid-19 pandemic, but mainly attributed to a huge decline in remittances to Nigeria.

Kenya was ranked third in top remittance recipients in sub-Saharan Africa in 2020, receiving $3.1 billion to trail only Nigeria ($17.2 billion) and Ghana ($3.6 billion). In East Africa, South Sudan and Uganda were ranked 7th and 9th respectively, receiving $1.2 billion and $1.1 billion apiece and separated by Zimbabwe in 8th position ($1.2 billion).

The report recommends that remittance support infrastructure to maintain healthy global flows should include efforts to lower remittance fees which continued to average above 6.5 percent in quarter four of 2020.

In current dollar terms, the top five remittance recipient countries in 2020 were India, China, Mexico, the Philippines, and Egypt, with India being the largest recipient of remittances since 2008. The United States was the largest source country for remittances in 2020, followed by the United Arab Emirates, Saudi Arabia, and Russia.

4 Salt companies under the radar of PAC

How to sign-up to Metropolitan National Sacco, get a loan fast