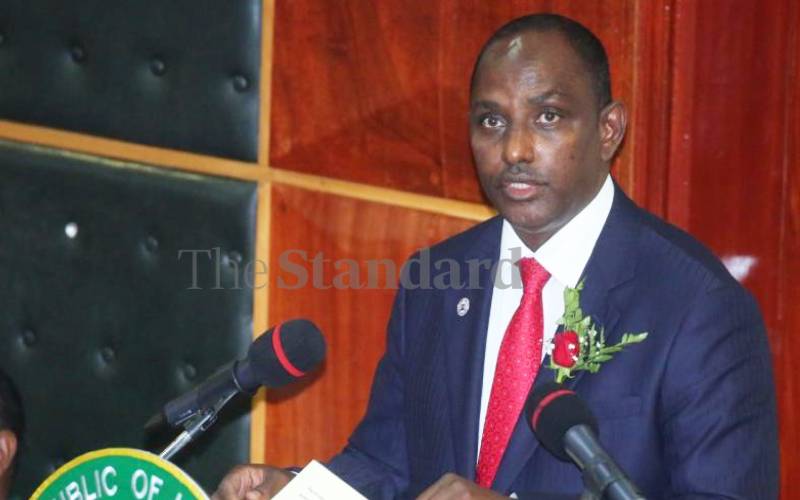 While presenting his first Budget Policy Statement (BPS) in Parliament last year, National Treasury Cabinet Secretary Ukur Yatani told legislators that the government was on course to restructure several parastatals that have been a drain on taxpayers.

Then only a few weeks in office, Yatani exuded confidence that the enterprises identified including hotels, sugar-milling companies and national airline Kenya Airways would be restructured within the financial year.

“The State privatisation programme remains on course,” he said in the BPS. “The privatisation objective aims at unlocking the potential of the identified institutions to capacity expansion, modernisation, performance and efficiency improvement.”

Treasury also said the process would give the revamped entities additional scope to raise funds from the private sector and the capital markets, improve their competitiveness and cut their reliance on taxpayer funds.

Parastatal reform has been a moving target for the government’s finance chiefs in recent years but progress has been slow. Last month, the Parliamentary Budget Office (PBO) faulted Treasury for failing to resolve the issue.

“Treasury should restructure State-owned enterprises (SOEs), especially the highly-indebted ones that are unable to meet their operational costs with a view of privatising some of them by end of the 2021-22 financial year,” said the National Assembly. In response, Treasury said the government was developing a strategy to address governance at SOEs as well as the financial pressures they faced.

However, the recent decision by Kenya to seek a Sh256.8 billion facility from the International Monetary Fund (IMF) earlier this year could be the catalyst that finally sees Treasury walk its talk.

According to the IMF, the three-year financing package is meant to support the government’s Covid-19 response and reduce the country’s debt burden.

As part of the efforts to cut State spending, the IMF has identified key areas of the public sector that require significant reforms, one of them being SOEs.

Data from Treasury and IMF projections indicate that taxpayers will have forked out Sh493 billion in wages and benefits to the civil service for the 2020/2021 financial year, marking an increase of Sh44 billion from the previous year. This is projected to jump to Sh535 billion in the next financial year.