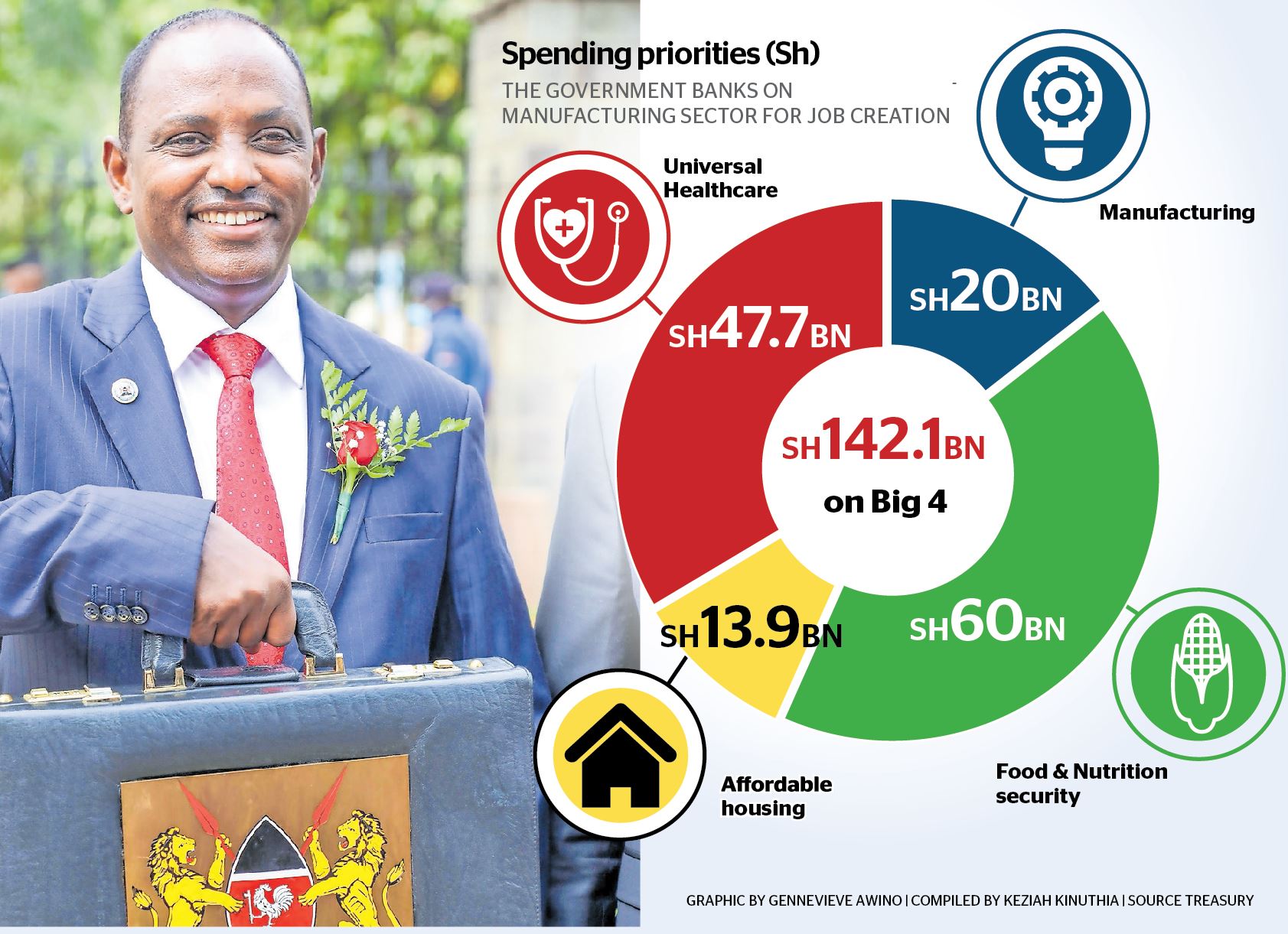 Kenya is betting on increased allocation and tax incentives to key job-creating sectors including agriculture, manufacturing, and tourism to lift the economy from the worst performance in 12 years.

Treasury Cabinet Secretary Ukur Yatani said on Thursday that the State targets to expand economic activities in key growth sectors and address unemployment, poverty, and income inequalities—all of which have worsened in Covid-19 environment.

“In light of revenue challenges and significant expenditure demands, spending in the financial year 2021/22 will focus on critical areas with the highest impact on the well-being of Kenyans and support economic recovery,” he said when he presented his Sh3.6 trillion budget to Parliament.

Kenya’s economic growth last year fell from 5.4 percent to 0.6 percent—the lowest since 2012— as Covid-19, locusts, and floods combined to deal a heavy blow on multiple job-rich sectors including tourism, manufacturing, and agriculture.

Treasury is seeking a 6.6 percent growth this year through the measures in the budget themed “Building back better: Strategy for resilient and sustainable economic recovery and inclusive growth.” This is targeted at returning as many people as possible to earning after the Covid-induced disruption that killed jobs and cut pay.

Mr Yatani raised funding for the job-rich sectors and imposed special safeguards to hasten their recovery.

For example, allocation to manufacturing, which accounts for thousands of formal and informal jobs, rose by Sh2.2 billion to Sh20.5 billion while that on housing programme more than doubled to Sh13.9 billion from Sh6.9 billion.

The State on Thursday also maintained a protectionist stance on local manufactures to shield them from cheap imports while at the same time giving them access to cheap imported raw materials.

Mr Yatani said East African Community (EAC) States also agreed to retain 25 percent duty on all imported iron and steel products for a further one year in a bid to spur local manufacturing.

Manufacturers of baby diapers have been handed another year to access inputs for the manufacture of the products duty-free to improve local production and create jobs.

Similar tax safeguards were extended to the agriculture sector where the overall budget was raised to Sh73.9billion up from Sh62 billion in the current year.

Vegetable products, including potatoes, peas, and tomatoes coming out of the EAC region will be charged a duty rate of 30 percent for one year, protecting local farmers from stiff competition.

Kenya’s tourism sector was hit hard after the government banned all local and international flights in March, resulting in low tourist traffic at hotels and animal parks.

In another move aimed at boosting jobs, Mr Yatani said the tax rebates enjoyed by employers who offer one-year internships to at least 10 university graduates have been extended to include graduates from technical and vocational education and training (TVET) institutions.

“It is my hope that employers will take advantage of this incentive and give our young graduates from the TVET institutions opportunities to gain practical experience to expand their employability,” said Mr Yatani.

The Treasury extended its quest for creating additional jobs by allocating Sh3 billion towards the Kazi Mtaani programme that was unveiled last year to offer casual jobs to the youth —handing a lifeline to thousands of young people.

Mr Yatani said the Sh3 billion will support youth empowerment and employment creation for another year. The programme has engaged about 100,000 youth since launch last year.

The Treasury’s push for jobs has also been extended to the community scouts programme with a Sh1 billion allocation. The programme currently engages 5,500 youth under Kenya Wildlife Service. It further allocated Sh2.6 billion for supporting liquidity of firms to boost recovery from Covid-19 disruptions.

Crisis as NMS online portal is hacked, here are the affected services