Dr Christopher Kirubi has died of cancer at the age of 80. The new was confirmed on Monday 14th, June as revealed by a statement shared by his family.

In the statement shared widely on social media; we understand that the late Christopher J Kirubi spent his last moments in the company of his family. They wrote;

It is with great sadness that we announce the passing of Dr. Christopher J Kirubi (1941-2021) who passed away today, Monday the 14th June, 2021 at 1pm at his home after a long battle with cancer fought with fortitude, grace and courage. He was surrounded by his family. More details shall be released in the coming days. 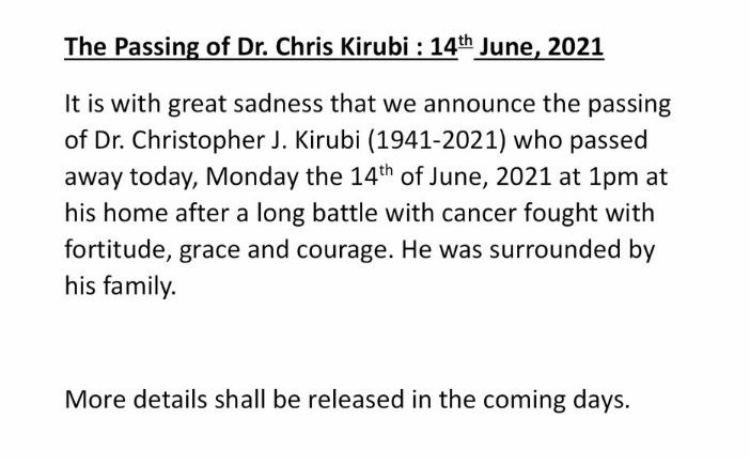 The late Chris Kirubi’s family have however asked for space to process their loss; as they promised to share more details in the near future.

Mr Kirubi’s death comes 3 years after he was diagnosed with cancer as revealed in one of his interviews done in 2019.

The businessman jokingly revealed this while on an interview where he said;

“My cancer was discovered by mistake.” 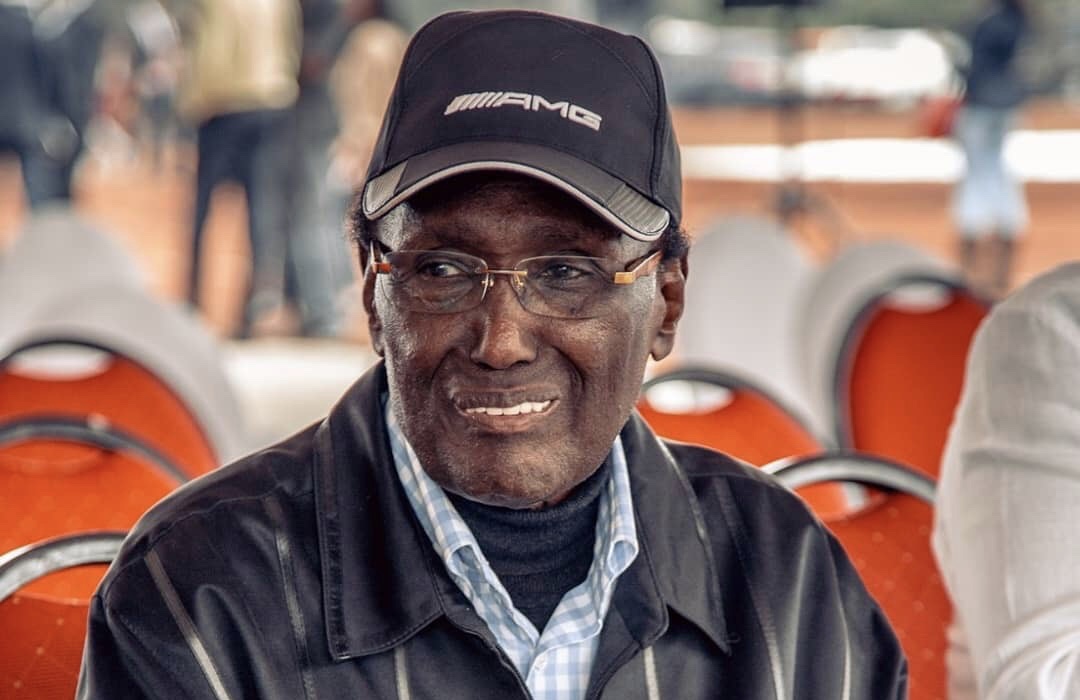 They took my blood and quickly ran checks only to return to tell me that I was very sick and needed to go with them to the hospital. They rushed me through the Emergency section straight to the High Dependency Ward at Nairobi Hospital. I’m told my eyes were yellow and my fever was shooting through the roof. From there it was a series of tests for the next few days as they observed my situation.

“When they finally finished, they broke the news to me that I had stage two cancer, which was affecting my internal organs including the lungs and kidneys. They said I needed to fly out of the country urgently for treatment,” 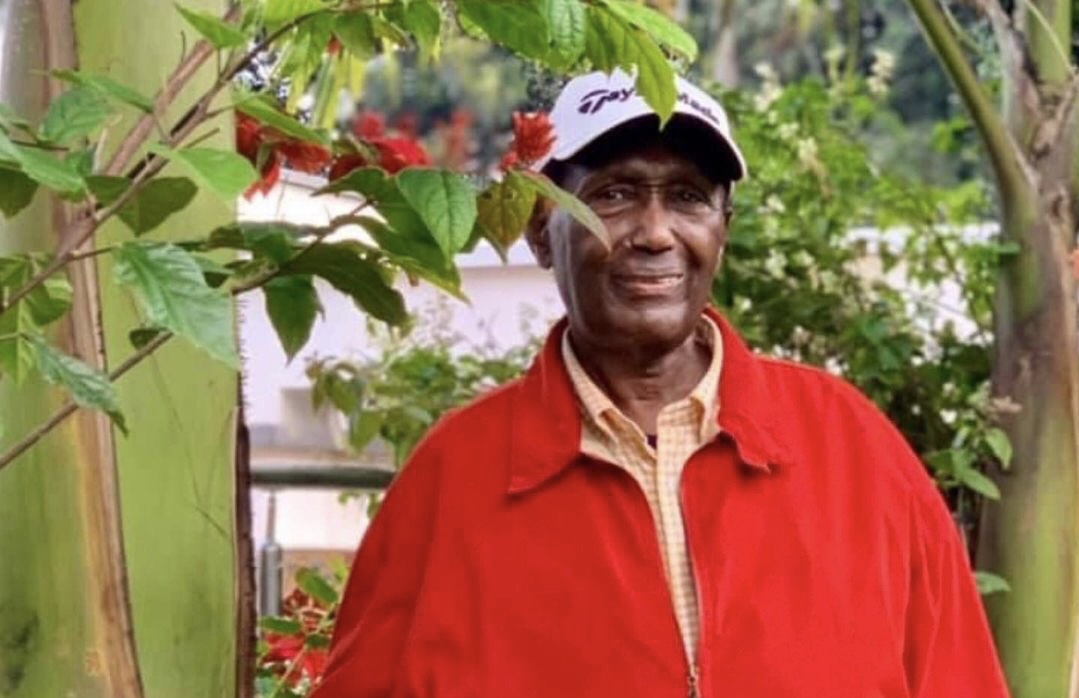 Despite getting the best treatment in Boston, the businessman unfortunately took his last breath in 2021; leaving many shocked but the same time grateful for the life lessons.

Chris Kirubi was best known for his business skills and of course, popular radio station that has helped many young journalists in Kenya. May his soul Rest In Peace.