The American rapper has taken his interest a mile by posting Hamisa on his Insta stories. Even though Hamisa claimed that nothing is going on between them, Rick Ross might feel that he’s really close to getting her. 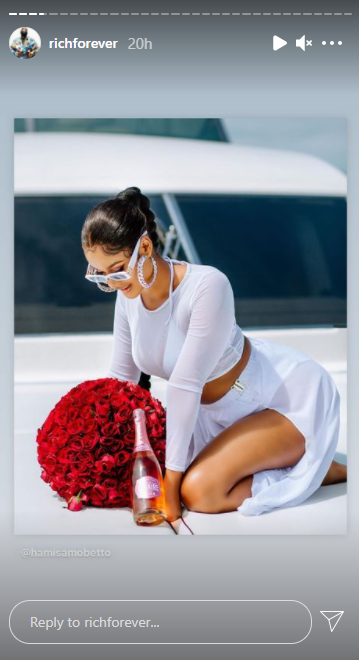 At one time, on the comment section, Rick Ross hinted that Hamisa was moving to the US to spend time with him. Reciprocating his efforts, Hamisa keeps on pinning Rick Ross’s comments. This has also contributed to fans saying that there’s more than just friendship between the two.

What makes Rick Ross a perfect fit for Hamissa is the fact that she wants someone rich to spoil her.

”I deserve luxury treatment, gifts and to be spoiled
Because i am a Queen 🥰🥳
#affirmations”

It’s clear that the two are going to give us a love story. Will this be a happy ever after for Diamond Platnumz baby mama?

Broke? Speak for yourself as wealthy Kenyans snap up luxury cars, bikes