Radull suggests what Boxer Conjestina needs after she Burnt her House

On Thursday, it was reported that former world boxing champion Conjestina Achieng had torched her house in Yala, Gem sub-county citing frustrations.

According to NTV host and sports anchor, Carol Radull, who had conversed with Achieng’s family

“All her clothes got burnt but the house and belts are safe. The fire was inside the house but went off before getting to the roof,” she stated.

A detective privy to the investigations, however, disputed the family’s claims that Achieng’ was not behind the fire.

“From the reports we have, she actually torched the house herself,” the detective, who sought anonymity said

The veteran boxer, whose life took a turn for the worse, has been voicing her anger over being neglected by the country that adored her during her peak times in her boxing career. Photos of the boxer had been shared online, showing the sorry state of the former champion. 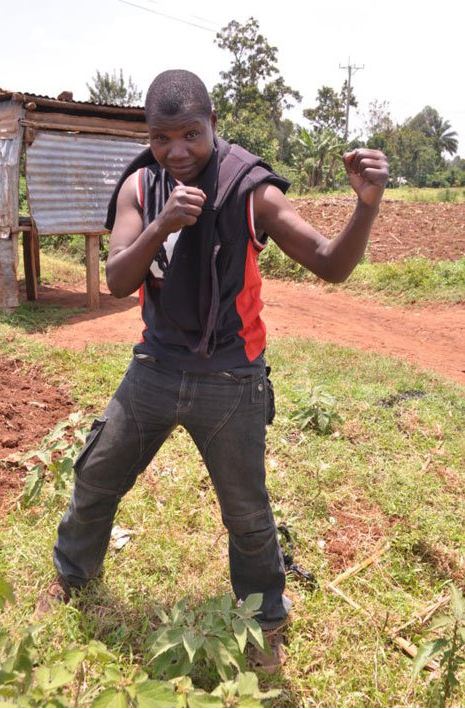 According to Radull, Congestina did not burn down her house on Thursday night saying the fire was accidental.

“……An accidental fire broke out in her house. Her clothes and some personal items got burnt. She raised the alarm and the fire was put out with minimal damage to her house. She is physically fine. Her house is standing and her medals that she treasures so much are intact” Radull revealed.

Since her glory days in 2006, the 43-year-old former WIBF Middleweight champion has been in and out of mental facilities without her condition improving.

In January 2011, Conjestina’s father sent an appeal to Kenyans to help him take her to the hospital after her behaviour deteriorated from the norm.

The former champion is set to undergo treatment and assessment, following her struggles with suspected mental health complications.

The former governor stated that the retired boxer will undergo a medical check-up, and doctors will determine if she will be taken back to rehab or subjected to other forms of treatment.

Radull, who recently visited the legend, noted that the boxer was constantly stuck at home alone with her thoughts.

“I am no medical expert, but I see little sense in taking someone to rehab for some time then returning them to the same challenging environment. In my layman’s assessment; she is not mad but she does need more rehab to overcome her dependence on abusive substances. She also needs some counselling (anger management) But she then needs to be in an environment where her mind is kept busy; where her talent is being used; where she feels useful and appreciated.”