Police have arrested a murder suspect who stabbed his friend on the neck killing him on the spot, after a short argument about the fare.
After a brief disagreement, a murder suspect stabbed his companion in the neck, killing him on the scene. Daniel Waithera, 25, murdered his buddy Michael Mukami, 21, following an altercation over who would pay for the fare during a motorcycle trip.

Stephen Mwango, the motorbike rider, said he picked up the two at 5:30 a.m. at Gikambura market in Kikuyu, Kiambu county. However, upon arrival at their destination in Muthangari, the two pillion passengers started arguing on who was to pay the fare for the ride. The suspect then dashed to his house and came back wielding a sharp knife.

He stabbed the victim on the left side of the neck and fled, leaving him for dead in the blink of an eye. The horrified motorbike rider quickly contacted Kikuyu police officers, who promptly started a manhunt for the culprit.

The culprit was eventually cornered and captured with the help of members of the public. The murder weapon, which was an important exhibit in the crime, was also found. 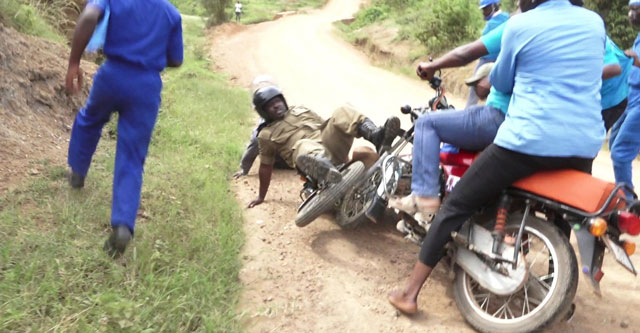