DP Ruto who has been touring the larger Eastern Kenya counties and dashing out cash that in one instance almost took the life of two teachers.

According to the DCI, two Makueni based teachers have heavens to thank after they escaped the wrath of irate bodaboda riders by the skin of their teeth last evening, after seeking refuge at a police post.

The two teachers based at two local Primary Schools, stormed Kambu police post and went straight behind the report office desk with dozens of motorbike riders hot in their pursuit. They took cover behind two surprised police officers manning the desk, pleading with them to protect them from the angry mob that was baying for their blood.
The officers who had a difficult time trying to calm down the mob learnt that the two men seeking refuge behind their backs, had allegedly been given a token of Sh1 Million by a politician (DP Ruto) who was campaigning in the area earlier in the day. 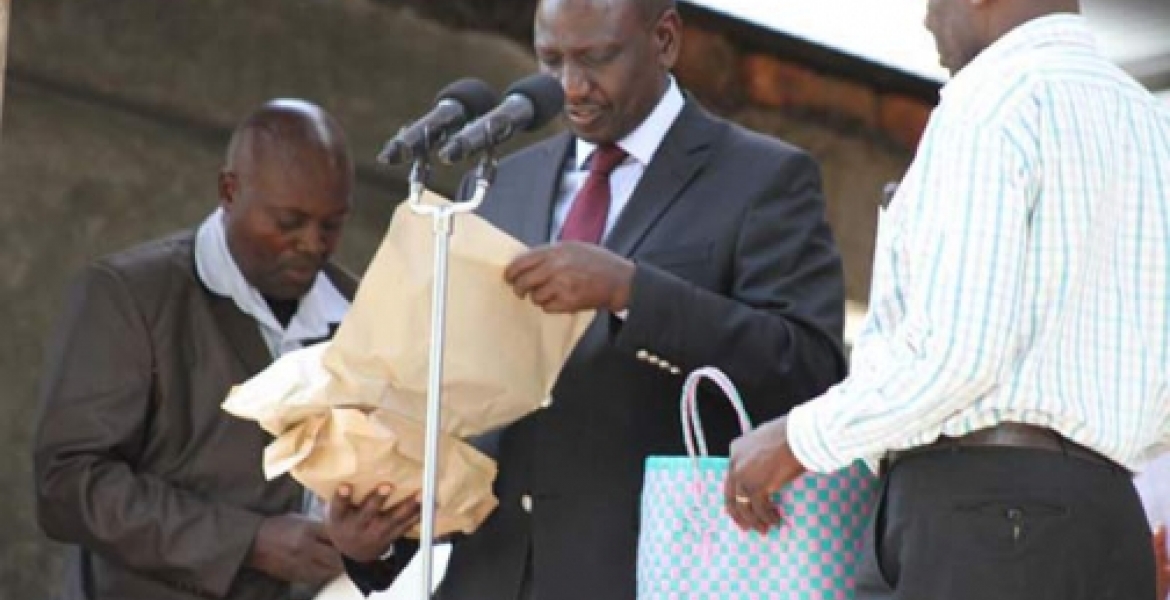 The boda boda riders alleged that instead of the two sharing the incentive with them and the womenfolk selling market merchandise, they took off with with the money. As the officers tried to calm down the unruly mob, some became impatient and started hurling projectiles at them demanding that the two be released to face instant justice.

This forced the officers to call for reinforcement from Mtito a Ndei police station, which arrived immediately. The mob was dispersed but pockets of the infuriated boda boda riders who couldn’t come to terms with the loss, remained peeping at the ongoings in the police post, from the periphery. Investigations into the incident are ongoing.

Interior Cabinet Secretary Dr. Fred Matiang’i has warned that politicians will start being held accountable for actions their supporters take.

“We need to emphasize to our leaders that they will take personal responsibility for some of the actions that they get their supporters to be involved in. Where need be, we will be presenting both to the relevant agencies evidence and information that we have of individual political actors who are engaged in incitement and who are mobilizing groups of people to disrupt meetings. We will petition to the IEBC to disqualify some of these people from contesting electoral offices,” said the CS.

Matiang’i was addressing the media on Monday during a meeting among the Independent Electoral and Boundaries Commission (IEBC) leaders and different stakeholders in the government to discuss preparation measures ahead of the 2022 elections.