Police in Kisumu have cordoned off the Kondele-Airport bypass Road after the Kenya Pipeline‘s mainline burst spilling off diesel into estates. 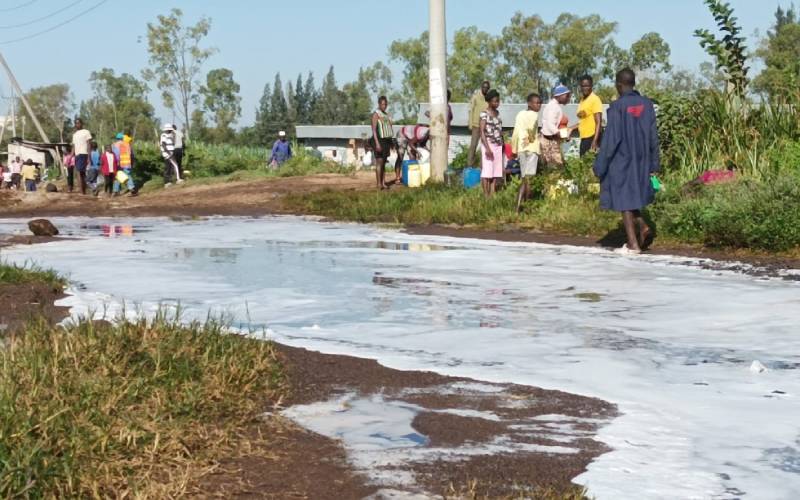 Police were deployed to Kanyamedha/Obunga estate to keep off a crowd from siphoning fuel so as to avert a disaster, but images shared from the site showed dozens with jerricans scooping fuel.

A Multi-Agency team led by Kisumu Central Deputy County Commissioner Hussein Alaso Hussein, Kisumu Central OCPD Antony Maina and officers from Kenya Pipeline together with firefighters were at the scene to keep off the crows. Hussein said the spillage occurred at around midnight. There were fears it could spill into Lake Victoria. He has cautioned members of the public to keep off the scene to avert any disaster from occurring.

"It's a lifestyle choice" - Ruto defends homosexuality in Kenya