Deputy President William Ruto and Musalia Mudavadi have been welcomed at the White House.

Issues of strategic relationship between the United States and Kenya was discussed at the conference, which was also attended by Amani National Congress (ANC) Party leader Musalia Mudavadi.

The Kenya Kwanza team also stressed the need of maintaining Kenya’s path as a constitutional democracy. 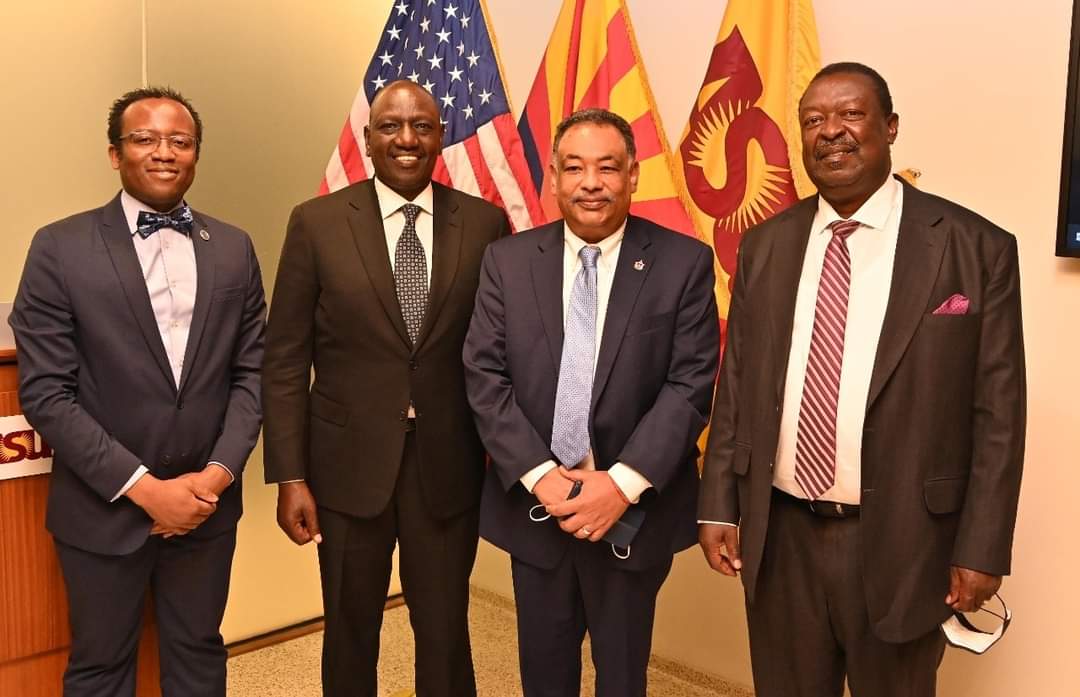 The meeting was part of the Deputy President’s tour to the US, during which the US government informed Kenya that it can rely on its voice to protect democracy and advocate for a free and fair election in August 2022.

During a discussion on “Re-imagining the economy for inclusive and shared prosperity” at the Arizona State University. Leaders, entrepreneurs, scholars and students were in attendance. pic.twitter.com/DDZk40igBG

Molly Phee, the US Assistant Secretary of State for Africa, gave the guarantee while hosting Ruto at the US State Department in Washington, DC.

During a bilateral discussion to discuss the US-Kenya Strategic Partnership, Ruto asked the US and Kenya’s other traditional allies to continue their long-standing support for Kenya’s democracy and the holding of free, fair, and credible elections.

Kenya’s Deputy President Dr. William Ruto & former Vice President Musalia Mudavadi led a delegation that was hosted at the White House in Washington DC today, in a closed door meeting where issues of strategic partnership between U.S.A & Kenya were discussed, including… pic.twitter.com/gpAmmxjC21

DP Ruto also emphasized Kenya’s role as an anchor state for peace and stability in the East and Horn of Africa region, but warned against political and economic exclusion that would jeopardize the country’s revered status in the region, both of which he identified as key issues in the August 2022 election.

Ruto together with Mudavadi further committed to a peaceful election on their part while assuring the US of a steady and robust partner in the bilateral relations between the two countries.

Supporting small businesses through training, financing, removing bottle-necks and creating a conducive environment in the sector is the surest way to grow the economy; from the bottom. pic.twitter.com/ogup3Fqr1A

The Kenyan delegation thanked the U.S government for its continued support to the health sector especially in the fight against HIV/AIDS, T.B, Malaria and COVID 19. The delegation also welcomed the planned US investment in vaccine production in Nairobi.

The US government meanwhile commended Kenya for its stand on Ukraine at the United Nations. The bilateral talks were also attended by Governor Anne Waiguru, Garissa Township MP Adan Duale and Ababu Namwamba.