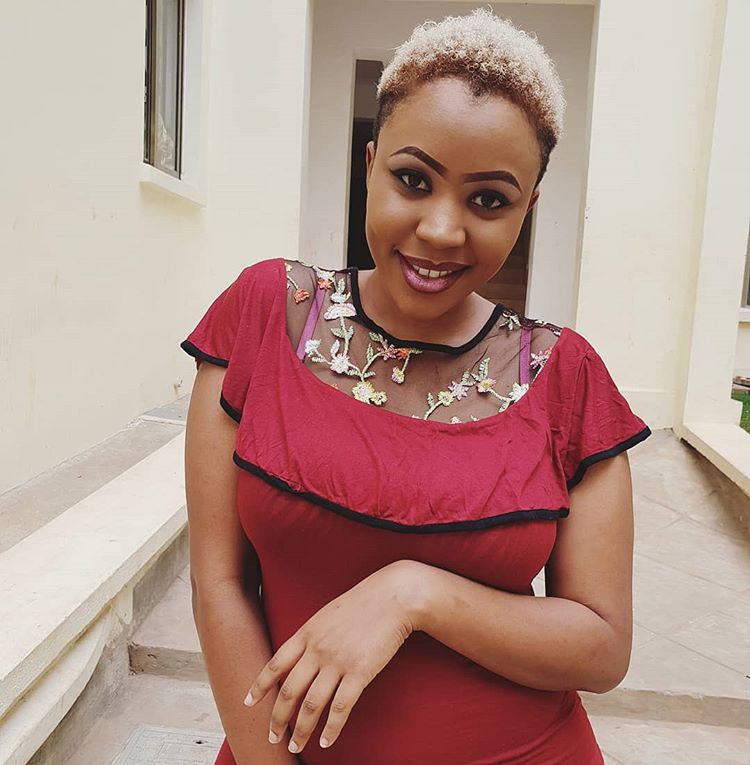 Gospel singer Nicah the Queenwas forced to pull down a photo she posted on Instagram rocking a bikini after her followers went harm on her.

The photo that jilted mixed reactions was posted on Sunday night with a caption insinuating that she was thinking of going to a swimming pool but first she had to try and fit in the Bikini before heading to the pool.

Many of her followers were arguing that it was wrong for the gospel artiste to parade acres of skin on the gram.

Before pulling down the photo, Nicah had decided to tackle some critics, wondering why they were so bothered with what she put up on social media.

Queen Esther: “This is so sad, too much exposure, are you trying to market yourself.  Do you know how my son loves your songs, she even follows you aone hii, nicah let’s say it’s not you but somebody tying to spoil your name”

Nevilsux: “This is too much exposure of your body my thoughts though